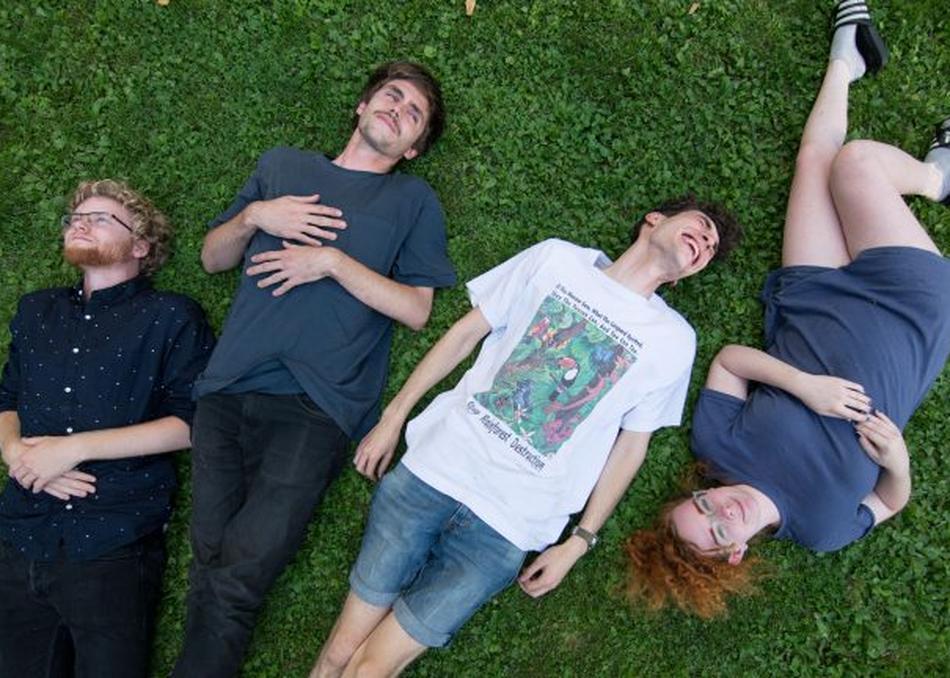 Trophy Dad began in late 2014 as the dorm-room project of Abby Sherman and Jordan Zamansky in Madison, WI. After the release of their debut EP Shirtless Algebra Fridays in May 2015, drummer Justin Huber and guitarist Henry Stoehr joined the lineup. The EP’s lo-fi sound and conscious lyrics resonated with many in the Madison scene, and the band was able support the EP with opening spots for Porches, Frankie Cosmos, Girlpool, Car Seat Headrest, and Whitney. Trophy Dad premiered their single, “Louis Sachar” right at the turn of 2017, receiving much online acclaim; the track was featured on Spotify’s “Fresh Finds” and Hype Machine’s “Stack” playlists, and secured the group a spot on Vinyl Me, Please’s “11 Bands to Watch in 2017” and UPROXX's "13 Fierce Female-Fronted Bands You Need To Be Listening To Right Now" lists. The band then signed to the label Sad Cactus, premiered their single "Addison" through The Fader, and earned a Band to Watch feature in Stereogum. Trophy Dad released their "Dogman" EP in May 2017.