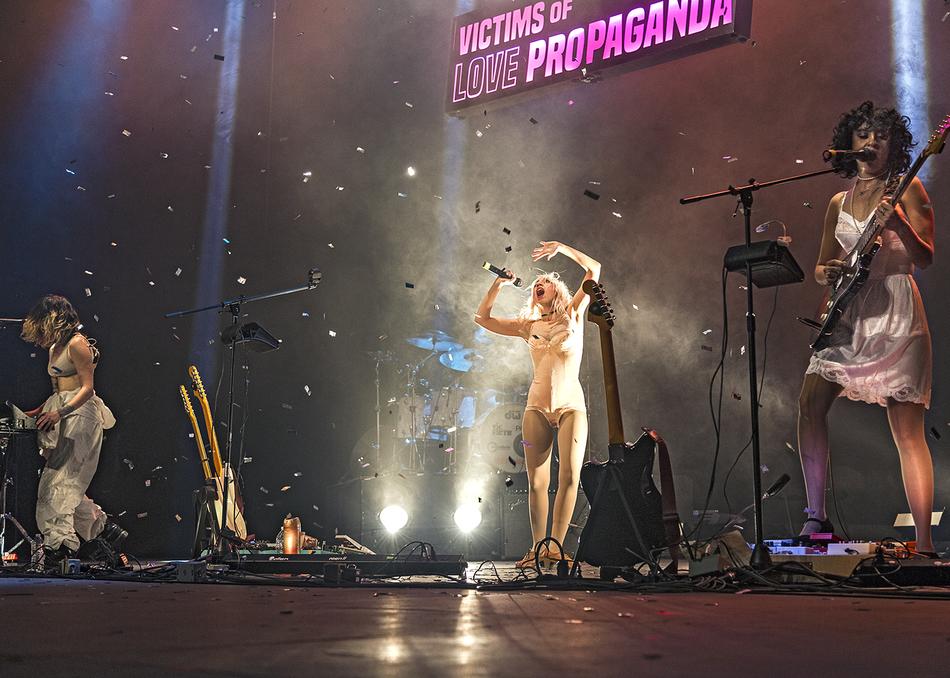 Equal parts Pop, Metal, Punk, Shoegaze and Cabaret, the critically-accliamed underground sextet, Descartes a Kant (Guadalajara, Mexico) have made a real name for themselves as an otherworldly, unpredictable theatrical live act. So much so that even the Wall Street Journal chimed to say that "(trying) to describe their music is to do it a disservice. It’s loud, racy, incredibly imaginative, sophisticated, funny and wild; it’s as if the Yeah Yeah Yeahs fronted Albert Ayler with Frank Zappa conducting”.

They're now considered one of the leading lights in the vibrant, ever-evolving Mexican rock underground and are now poised to gain greater international acceptance. The band have thrilled both club and festival audiences all over the world - including Russia! - and have shared bills with The Melvins, Stereo Total, Faith No More, Yeah Yeah Yeahs, Sonic Youth, Yo La Tengo, Le Bucherettes, Explosions in the Sky and, Slayer - whose ex-drummer, Dave Lombardo had Descartes open for his Dead Cross project.

The band just released their third LP - Victims of Love Propaganda - on Cleopatra records with Steve Albini at the production helm. This record is in a universe all its own!