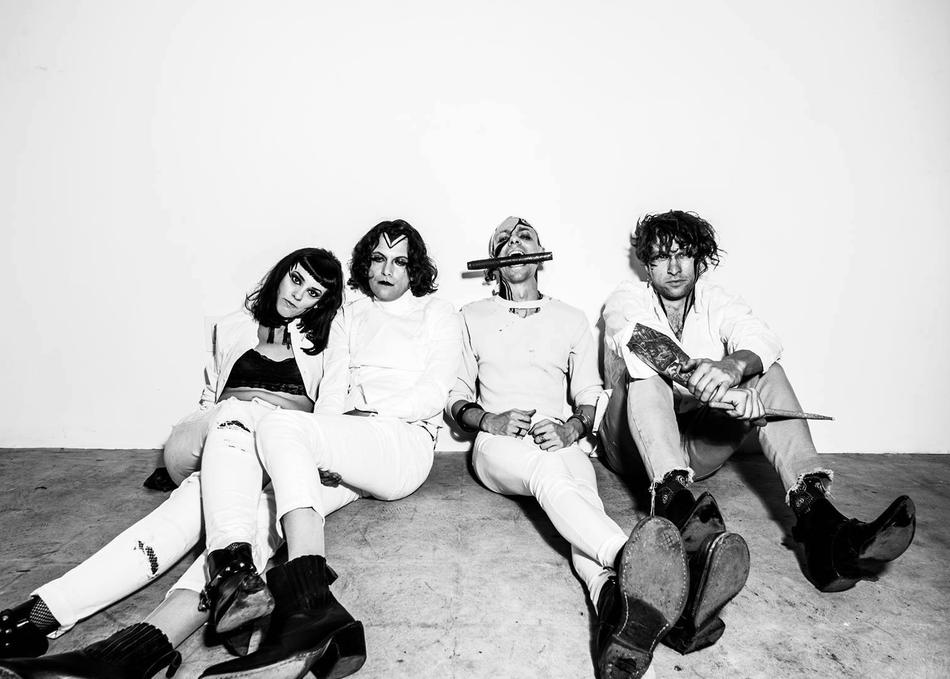 Egrets On Ergot's sound has been described as versatile, from moody, gothy art-punk to funky rhythmic, pseudo-no wave with a smattering of industrial clamor. They have a self-released EP, Serve Us Tender, (300 vinyl run, 100 copies including hidden hits of LSD) and the new 11 track LP, Surfeit of Gemütlich, with their new label Cleopatra Records. Both records are produced by Paul Roessler of The Screamers, Nervous Gender, Nina Hagen Band.

“THESE DAYS, MUCH OF WHAT PASSES FOR MODERN GOTH AND POST-PUNK MUSIC CAN COME OFF AS LITTLE MORE THAN HARMLESS NOSTALGIA FOR THE ANCIENT EARLY ’80S, BUT EGRETS ON ERGOT HAVE SOMEHOW SUCCEEDED IN MAKING IT ALL SOUND GENUINELY DISTURBING AND AGGRESSIVELY UNSETTLING AGAIN.”
-LAWEEKLY