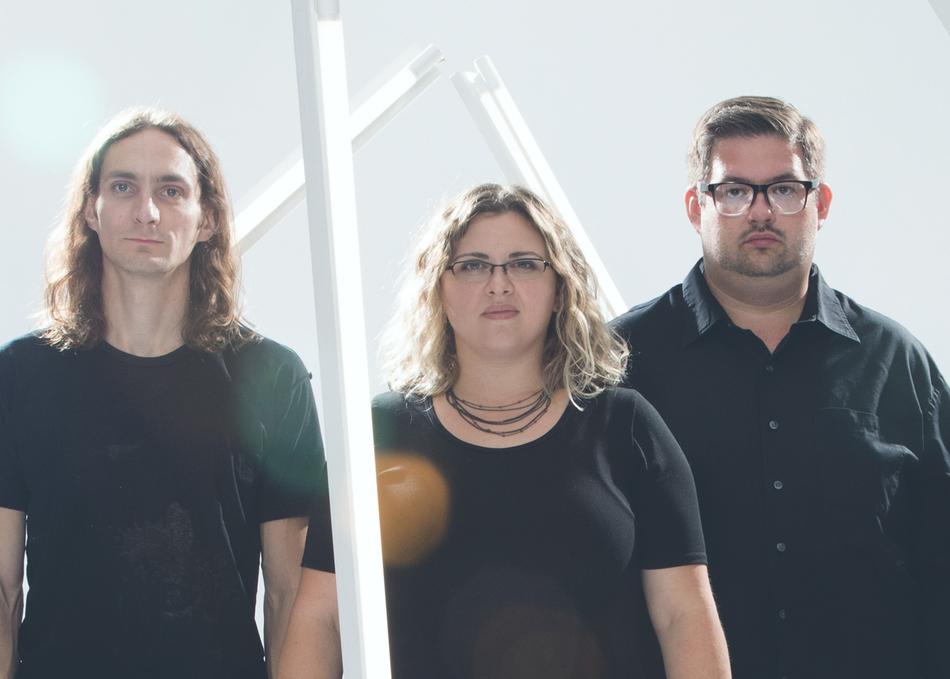 Us, Today started as an organic experiment in sound. With the unique instrumentation of vibraphone, keyboard, guitar, and drums they set out to create music that defies genre. The group started with a chance meeting in 2010 at a coffee shop, and a discussion of a shared interest in St. Vincent. The three members, Kristin Agee, Joel Griggs, and Jeff Mellot, began weekly improvisation session, experimenting with their unique sonic possibilities. Improvisations turned into compositions. To date, Us, Today has released three albums. “RH Sessions” (2011), “Beneath the Floorboards” (2012) and “TENENEMIES” (2015). Each album shows a progression of the band, from a free improvisation background, to a more composed and polished sound. Since their 2015 release, Us, Today has had the pleasure of sharing a stage with Sylvan Esso, Kishi Bashi, Deerhoof, Ghost-Note, and the Mike Dillon Band. They have toured extensively through the midwest, and have played several festivals including Midpoint Music Festival (Cincinnati, OH)

"Us, Today's virtuosity and vigorous arrangements warrant a much larger audience, preferably as quickly as possible." - Jim Fusilli The Wall Street Journal