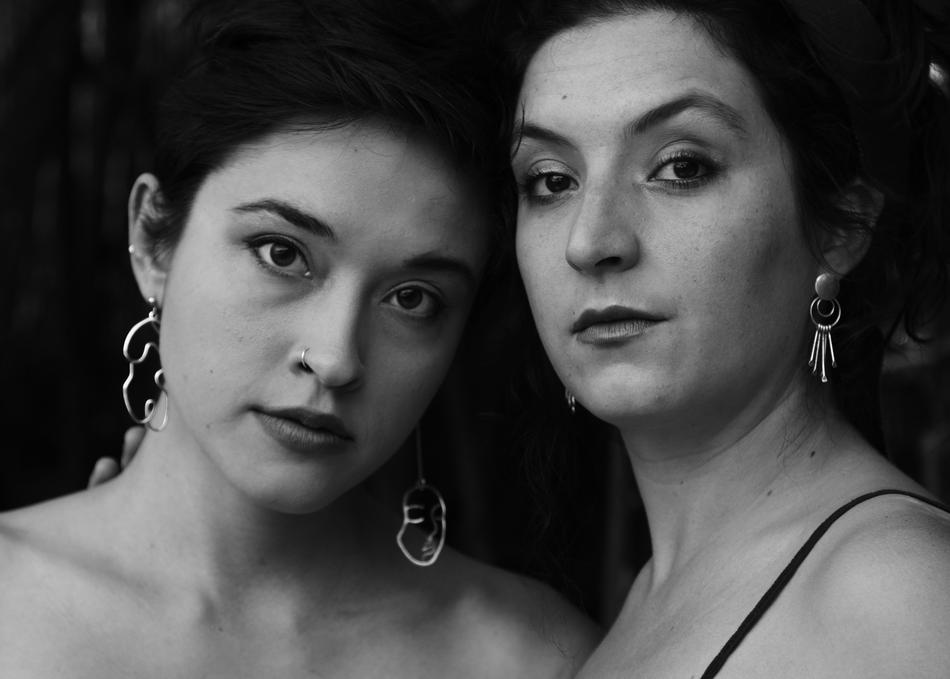 Ohm is an electrical resistance between two points of a conductor; OHMME lives in that resistance creating electric chaos between the two points of Chicago’s Sima Cunningham and Macie Stewart. The energy from their musical upbringings enabled the two to create a vocal project that combines flawless harmonies with a gnarled guitar backbone. They veer towards experimentation while keeping tune in mind, choosing to push each other when they clash and following the sound rather than holding themselves to a rigid set of standards on how chords should be performed and arranged. Their resulting sound is at once familiar yet beautifully unconventional.

The two were connected via the Chicago improvisational music scene and their mutual attraction to chaos and harmony in music. In 2014 they began working on the project that would become OHMME (a play on the French term for man.) The duo’s self-titled debut EP, OHMME, was released on vinyl for the first time with two exclusive songs and digitally reissued with new artwork in 2017 via their own label, Fox Hall Records. They recently completed recording their first full-length and are making plans for its release in Fall 2018.