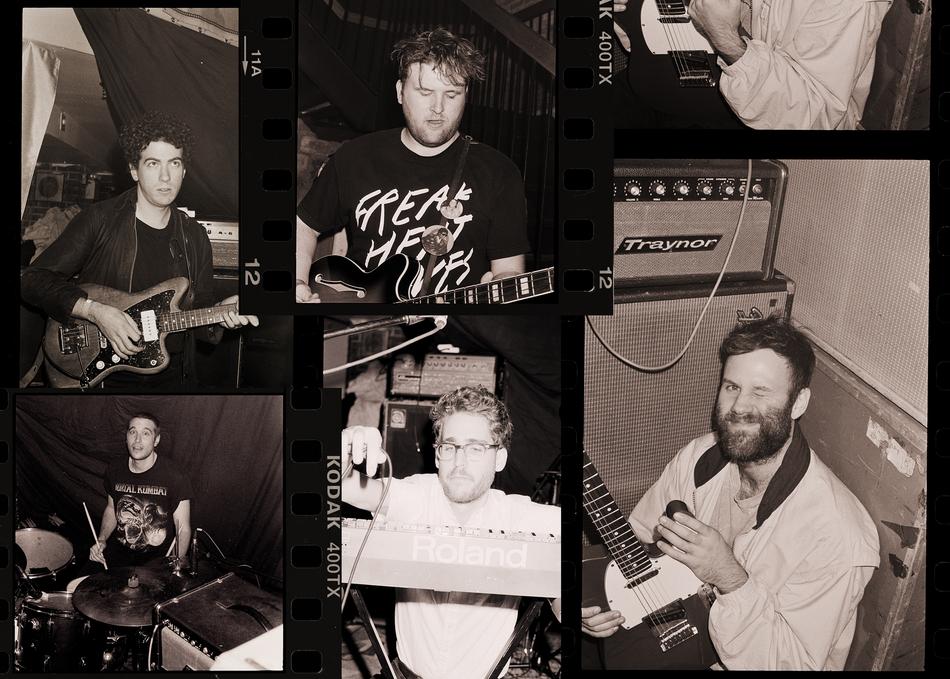 Grounders - Bringin' It In

Grounders’ home base is an overflowing garage in Toronto’s West End, but the roots of their new album Coffee & Jam stretch much farther west. Since releasing their debut self-titled LP in 2015, the band - Andrew Davis (vocals and guitar), Daniel Busheikin (keyboards), Mike Searle (Bass) and Evan Lewis (guitar) and Kurt Marcoux (the newly-recruited drummer) - have logged countless hours on the road, touring throughout Canada and the U.S. Somewhere down the line of empty motels, sand dunes and vast, dry American landscapes, their dreamy psych pop turned dark and unsettling.

It started in their trusty Grounders van. With so much time spent driving, the band found themselves listening to their collection of CDs on relentless repeat, soaking up records like Kraftwerk’s Computer World, Modern Lovers’ Modern Lovers, and the Soul Jazz New York Noise compilation. At a tour stop in Calgary for the Grounders’ appearance at Sled Island festival in 2015, the band stayed over at Busheikin’s parents’ house, set up their instruments and began recording improvisational demos. “Every afternoon we’d get up, make eggs, drink coffee, then fuck around in the basement,” says lead singer Andrew Davis.