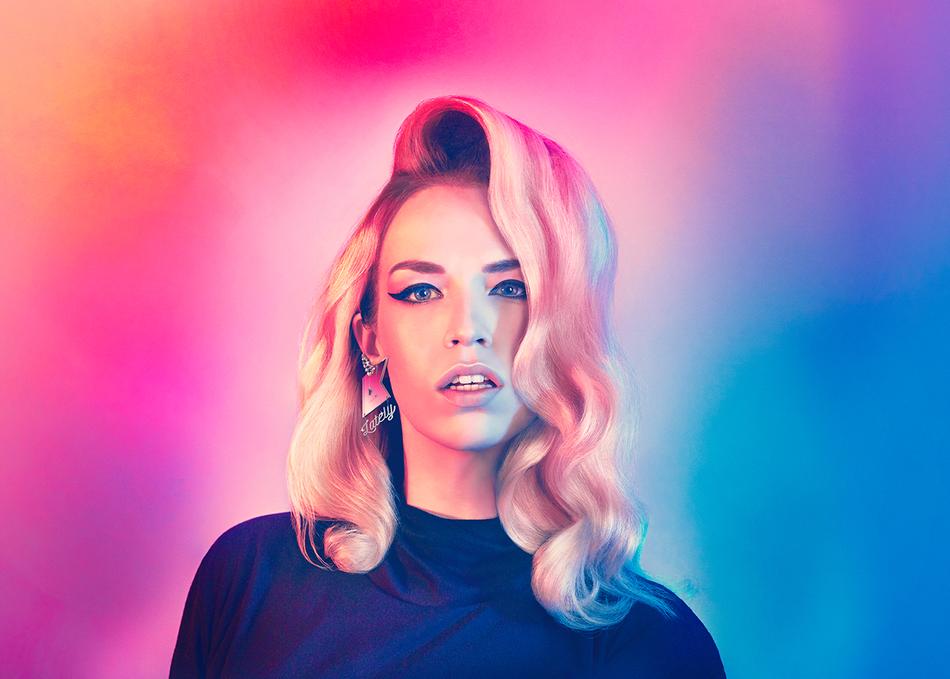 Elle Exxe, the formidable and fully fledged electro-clash pop star unleashed her much-anticipated album ‘Love Fuelled Hate’ in October 2016. She burst onto the scene with a riotous explosion of her fearsomely unique attitude which she describes as “Dirty Pop” and has received rave reviews from the likes of Q Magazine, Classic Pop, PopJustice, and GayTimes.  She's been championed by BBC Introducing and Kiss FM,  as well as flown high in Music Week Charts and Amazing Radio charts. In the US her radio presence saw her being played across 200 stations, receiving multiple CMJ distinctions.