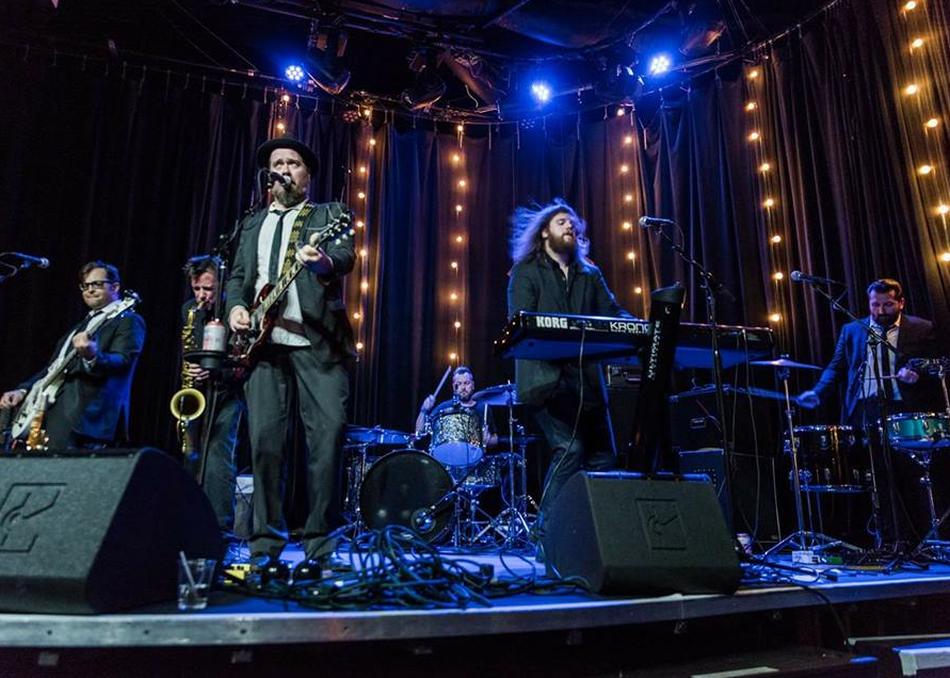 Mr. Lewis and The Funeral 5 - Burn Down The Sails

Mr. Lewis and The Funeral 5 are one of Austin's best and underrated live acts. Combining a love for film noir, back alley sleaze, and a wry sense of humor that plays as an excellent soundtrack to late nights and early morning hangovers. Mr. Lewis has coined the genre of "Macabaret", which suits their sound and look. The band is due to reunite with producer Danny Reisch in 2018 to record their long awaited follow up to their previous long player, "Delirium Tremendous". A collection of songs from their first two albums, live tracks, and new recordings entitled, "Macabaret, Volume 1", is due out on LP in early/mid 2018.

“If it’s closing time, and a circus barker trapped you in the circus freak-show tent, fear not. Let Mr. Lewis & the Funeral 5 be your soundtrack to escape.” -Margaret Moser, Austin Chronicle