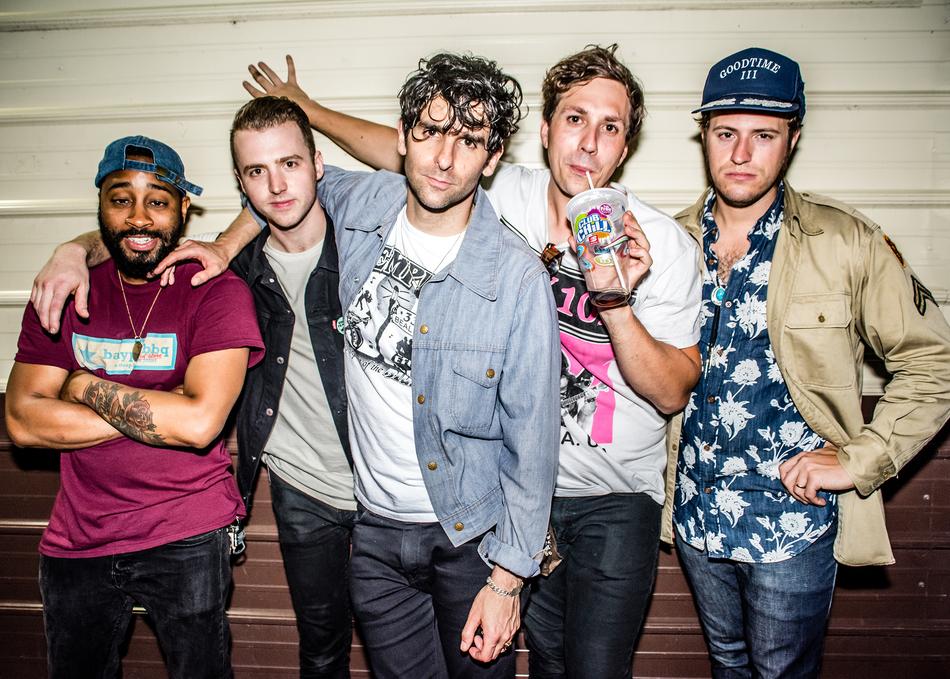 Since Low Cut Connie's debut record Get Out the Lotion ( Fresh Air Top 10 albums of 2011), they’ve slowly established a reputation as one of the most exciting live shows in the US. Adam Weiner's $100 junker piano, named Shondra, is the backbone of their boogie strain of rock n roll while James Everhart and Will Donnelly weave soulful and scuzzy guitars over drummer Larry Scotton and bassist Lucas Rinz's ace-of-spades rhythm section. Adding longtime Sharon Jones & the Dap-Kings member Saundra Williams, the result is what Rolling Stone describes as "a mix of Seventies Stones (but dirtier), the New York Dolls (but tighter) and Jerry Lee Lewis (but Westerberg-ier)...with an extra sense of bare-knuckled grit and sonic thwump.”

On Dirty Pictures (part 2), the band urges all current and former youths: Feel your feelings. Feel sadness, feel love, feel wildness. Give your feelings away to others and maybe it will lift us up. It’s this musical and emotional literacy that sets the band apart, with their world-weary but life-affirming attitude that inspires their cult following and notable cheerleaders such as Barack Obama, Sir Elton John and Howard Stern.