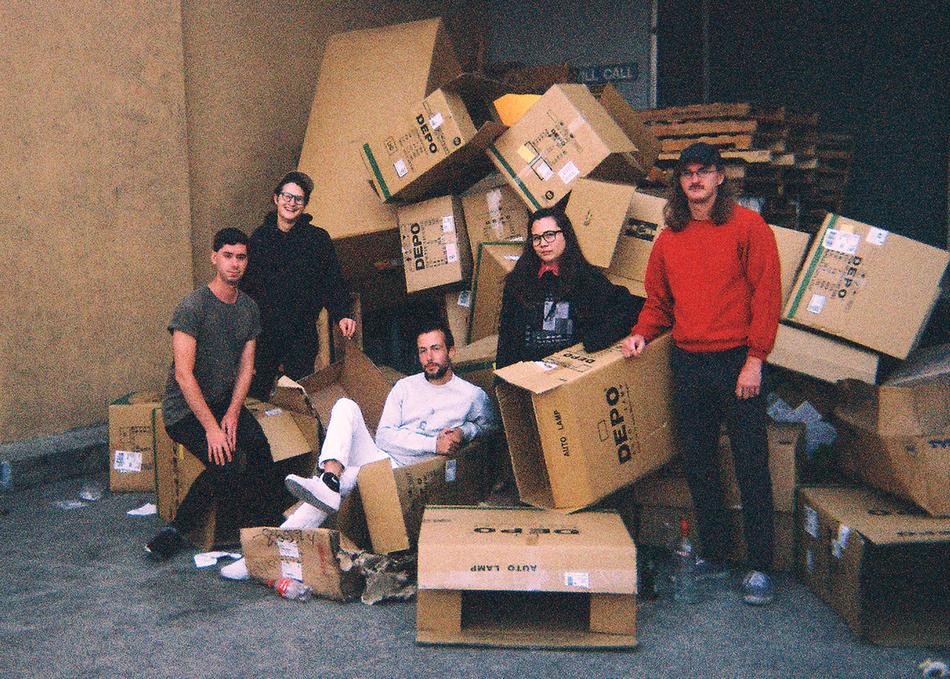 Club Night has been a project about coming together. Whether at the shows of each other's bands or biking around with backpacks full of cheap beer, Club Night is the logical conclusion of the Oakland DIY scene to which its members belong. Each member of Club Night brings to the band their own diverse set of musical experiences. So when Josh Bertram brought together the members of Club Night in a room to see what would happen, music quickly exploded from this convergence of musical influences and styles. Rather than producing a disjointed tug-o-war of tastes, Club Night gets it strength from the cooperation and passion of its members to create an homage to the people who have nurtured them, and an abandoning of coloring within the lines.

On their upcoming release, Hell Ya, Club Night balances frenetic riffs and soaring musical moments. Punchy rhythms, pop-oriented synths, and guitars which teeter between technical and noisy are the backdrop against which singer, Bertram, conjures up an emotive and dynamic vocal performance. In many ways Club Night’s sound is a mosaic of it’s member’s past and present projects which include Meat Market, Lofter, Our Brother the Native, CARE, Twin Ste