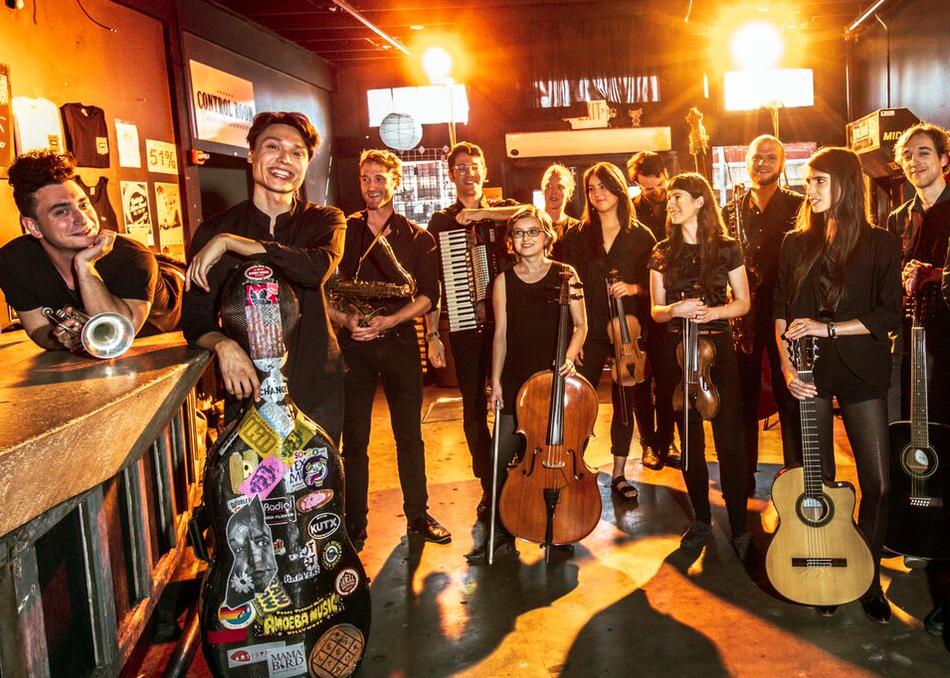 Mother Falcon is a symphonic rock band from Austin known for their wide-ranging instrumentation and collaborative songwriting. Founded by Nick Gregg in 2008, the group has grown to include a collective of up to 20 musicians playing strings, horns, guitars, and percussion. The band began to garner national attention after the 2013 release of You Knew, including press from NPR, The Daily Beast, The Washington Post, The New York Times, and Texas Monthly. The group has toured throughout the United States and Canada, and collaborated with artists such as Ben Sollee, Kaki King, Todd Reynolds, Raul Midon and Gina Chavez. For the last six years, the band has been running an annual summer songwriting camp called the Mother Falcon Music Lab, encouraging young musicians to find their creative voice through collaborative songwriting and other mediums. In fall 2017 and spring 2018, Mother Falcon will tour in collaboration with Glass Half Full Theater in a production of Petra and the Wolf, a Texas-based adaptation of Peter and the Wolf, featuring an original score by the band.