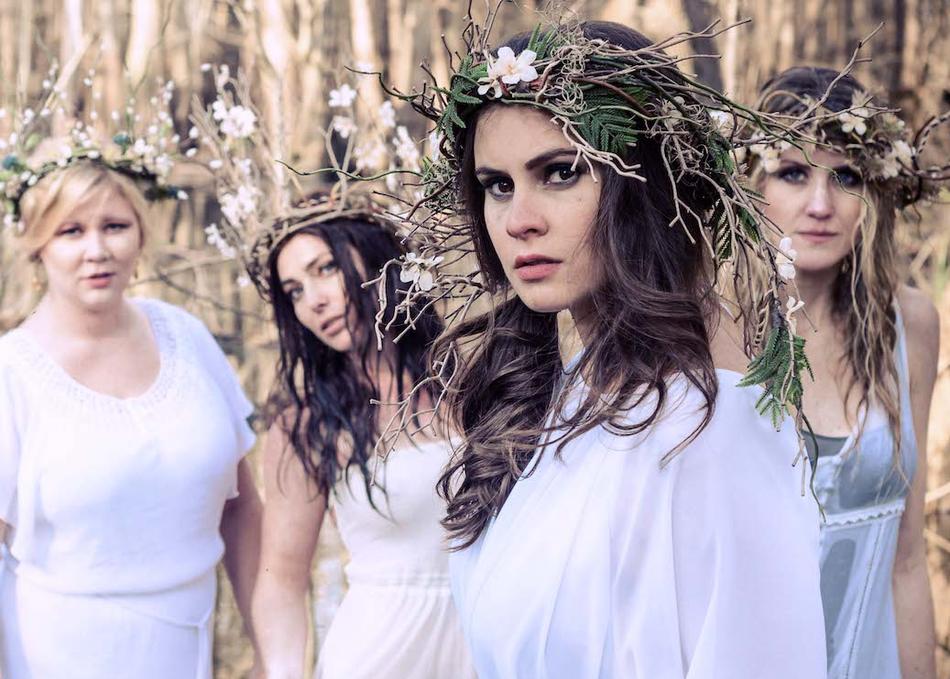 The Krickets are an all female swamp folk band that Paste Magazine describes as "...a truly stunning, one-of-a-kind sound." Produced by Ben Tanner of the Alabama Shakes and recorded in Muscle Shoals, The Krickets released a debut album called "Spanish Moss Sirens" in May of 2016. The album earned them the 2016 IMA Folk/Singer Songwriter Song of the Year Award for "Cool Cool Water", the 2016 IMEA Folk Artist of the Year and an International Acoustic Award Nomination in the Folk category for the song "To and Fro". A portion of the proceeds of every album sale supports their namesake's cancer benefit fund, The Cricket Fund. This fund provides cancer aid to the uninsured and more info can be found at http://www.thecricketfund.org.

"The Krickets send chills down your spine and lift you sky high on their debut album Spanish Moss Sirens." - No Depression