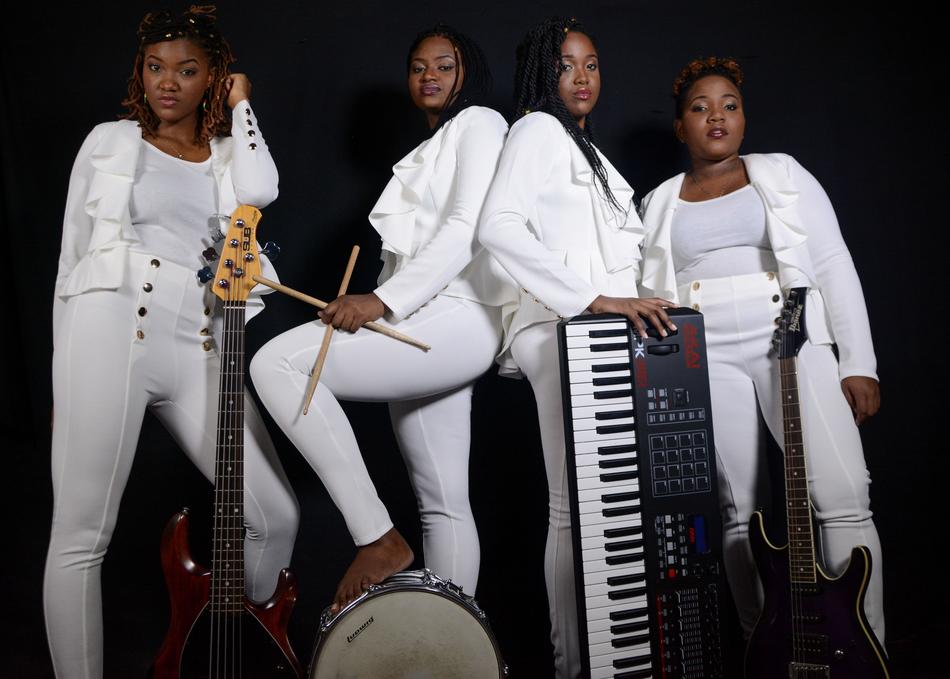 Dubbed the Kings Daughtaz, Adahzeh is on the rise having impacted many of the live performance showcases across Jamaica including popular shows, Reggae Sumfest and A St. Mary Me Come From. The band also competed in the World Reggae Contest at the Ostróda Reggae Festival in Poland. Their performances left fans mesmerized with the vocal delivery, astute showmanship and diverse musical offering for which the band has become renowned for.

The group was formed in 2013. It started with the vision of Karissa Palmer, the leader of the group who dreamt about being part of an all female ensemble. This dream slowly became a reality when research was done and possible prospects of the band were found.