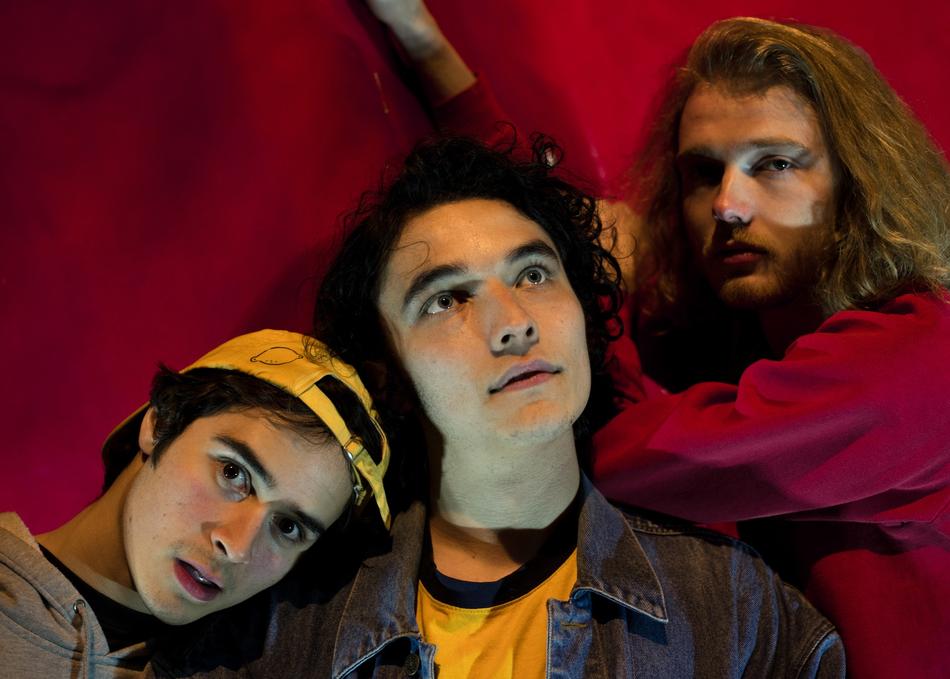 ‘SLUFF’ is a word that means both everything and nothing, but it definitely sums up the three distinct personalities that make up Naked Giants. Depending which member you ask, SLUFF is either slang for the black gunk that comes off your shoes when it snows in the winter, an acronym that stands for South Lake Union Fuck Face (a reference to the tech bros who have infiltrated Seattle in recent years) or what a snake does when it sheds its skin. It’s also the title – and a song on – the band’s debut full-length.

Formed in 2015, the Seattle trio – guitarist/vocalist Grant Mullen, bassist/vocalist Gianni Aiello and drummer Henry LaVallee – put out debut EP R.I.P. the following year and have been steadily building up their reputation as a live act in the meantime, and having as much fun as possible while doing it. Because as much as the three-piece – who are all in their very early 20s now – have their heads screwed on and are fiercely intelligent people, they also want to let loose and enjoy being in a band. After all, that’s kind of what being in a band with your closest friends is all about.