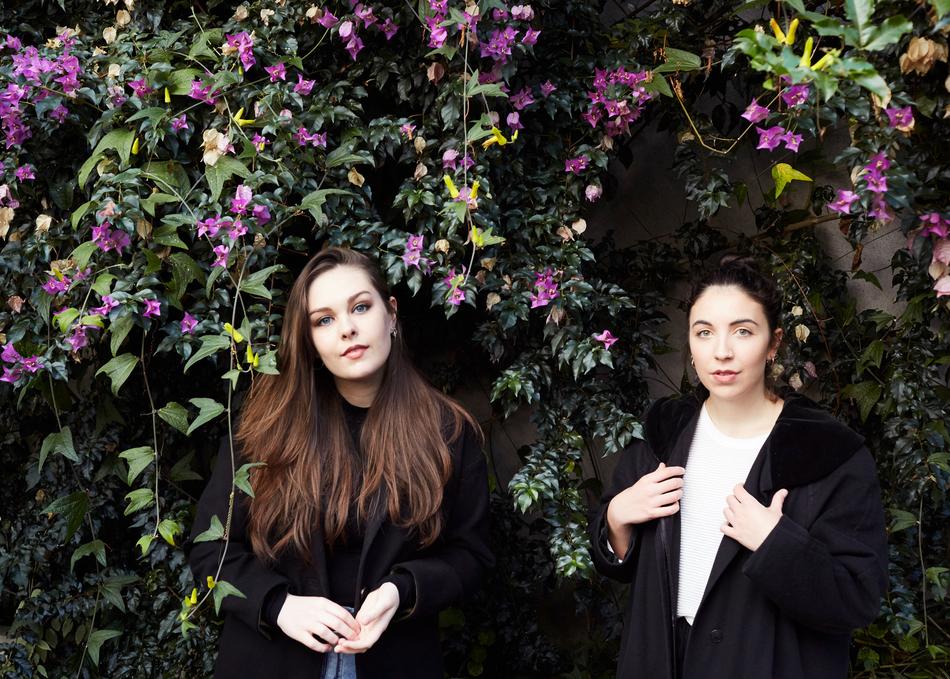 Saint Sister, formed 2014, is the creation of Morgan MacIntyre & Gemma Doherty. Mixing celtic harp, 60s folk and electronic pop they create ‘atmosfolk'. Within 6 months of forming they opened for Arcade Fire’s Will Butler and recorded their ‘Madrid’ EP with Alex Ryan (bassist with Hozier) which has reached 2 million streams on Spotify and was playlisted across Irish and UK radio (BBC Radio 1, RTE1).
2016’s ‘Tin Man’ came out as part of Communion’s Singles Club. It received strong support at BBC Radio 1 (Huw Stephens) and was nominated for song of the year by the Choice Music Prize. The Irish times named them "Best Irish Band" in 2016. They made their US debut at SXSW, as well as BBC Introducing at Glastonbury, Latitude, Electric Picnic, Longitude, The Great Escape, Reeperbahn Festival.
In 2017 the band performed at Eurosonic, and supported Lisa Hannigan on her 20 date European tour. June saw the band’s 3rd release, ‘Causing Trouble’ the first track off the band’s forthcoming record. It was playlisted across Germany, Belgium and The Netherlands as well as continued support from Ireland and UK. In September the band opened for The National in Cork.