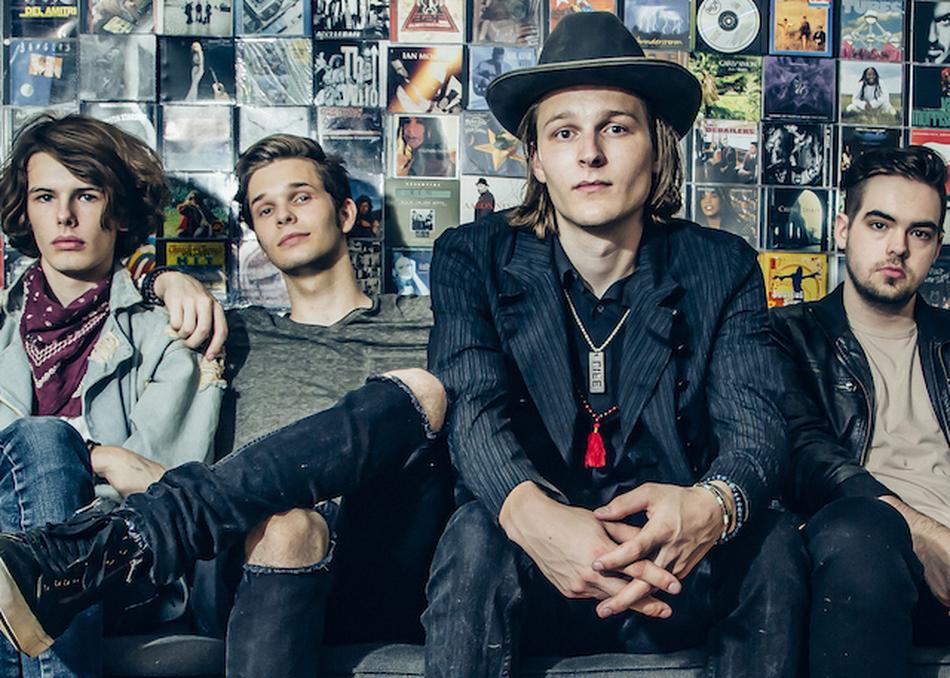 Hunter Sharpe is an up-and-coming alternative artist hailing from Austin, Texas. Hunter has been developing his musical prowess since he was old enough to pick up a guitar. Flourishing from the influence of contemporary alternative artist like Jack White and Arctic Monkeys, Hunter’s ambitious exploration has culminated in the creation of an extraordinary rock sound.

At only 21 years of age, Hunter has developed an uncanny ability for live performance, delivering an electrifying show every time he steps on stage. Hunter and his band, consisting of Marlon Sexton, son of Charlie Sexton, Colton Kincaid, and Hunter Pierce, have made their way from Los Angeles’ El Rey Theater to Austin City Limits Music Festival this past year, leaving a mark on every stage they have set foot.

“With a disposition reminiscent of a Texas born and bred version of Alex Turner mixed with an approachable aura of rebellion all his own, budding Austin rocker Hunter Sharpe…is clearly on the way to becoming music’s next big alt rock powerhouse.” -Prospect Sound