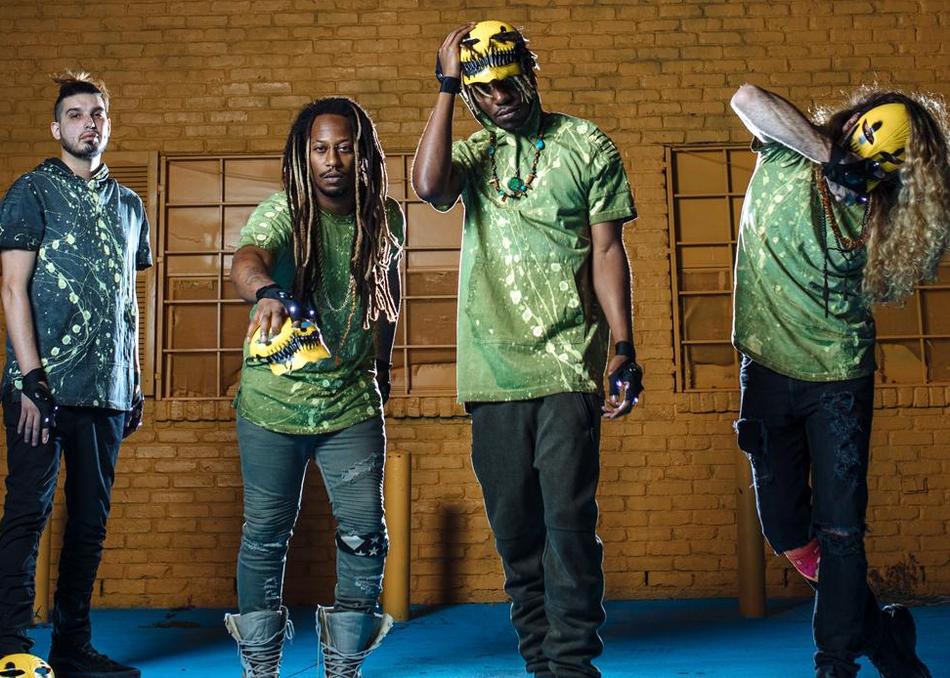 The soul-infused hip-hop outfit has become the new face of the storied Dallas neighborhood. Now the band is taking Deep Ellum worldwide.
The musicians that make up Dallas hip-hop group Cure for Paranoia have their own bold energy and personal styles which would best be described as aggressively funky, a style that carries through to their music. Between Tomahawk Jonez’s and JayAnalog’s production, Stanley Francisko’s airy vocals, and Cameron McCloud’s brisk lyrical delivery, the band has designed its own brand of “trippy soul-infused hip-hop.”
The group formed when the four guys took a “doomsday road trip.” Following the advice of some conspiracy theorist friends, they packed up and headed to an ideal place to wait out the apocalypse.When an earth-shattering meteor didn’t hit, inspiration did. Having recently been diagnosed with bipolar paranoid schizophrenia, McCloud found clarity in making music with Analog, Jonez, and Francisko. By the time they returned home, the band was born.
Cure for Paranoia quickly made a name for themselves and were awarded Dallas Observer’s Best New Act in 2016 & Best Group Act in 2017.