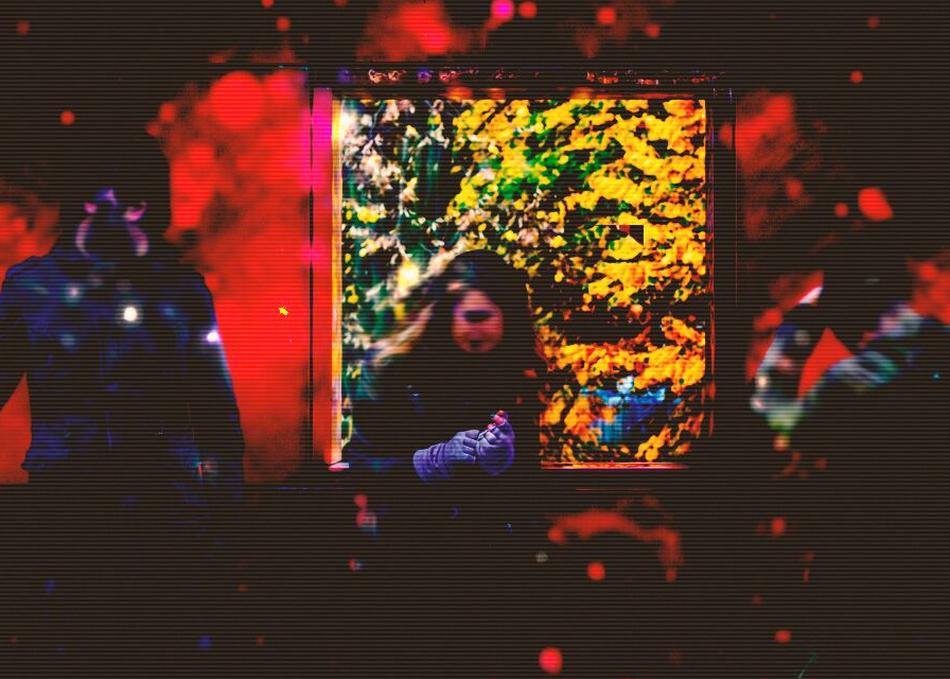 Denis The Night & The Panic Party is an idiosyncratic collective born 3 years ago on the road across Italy and UK centred around the power trio of Ono Nora Fiorani, Nicola Sbrozzi and Alessandro Gobbi. Seeking musical freedom beyond songs, they started conceiving tridimensional landscapes and soundtracks for raves. Juxtaposing elements from various genres like electro-rock, psychedelia, shoegaze, pop noise, and avant-garde, they eschew traditional norms evolving into a music and visual arts collective.
Their debut album Cosmic Youth, co-produced by the band and Livio Magnini of famed Italian band, Bluvertigo, was released at the end of 2016 by iconic UK label, Wall of Sound charting in the top 20 in Italy and No.1 Electronic album on iTunes Italy and in SE Asia. The remix of their single Androgynous Love by über French DJ/producer, Étienne de Crécy then reached Spotify's Viral Top 50.

Their stray, eclectic sound has led to the Panic Party spreading across a number of major festivals including Primavera Sound, Liverpool Sound City, Waves Vienna, MaMA Festival and Canadian Music Week.
The band is currently in the studio working on their second album to be released in summer 2018.