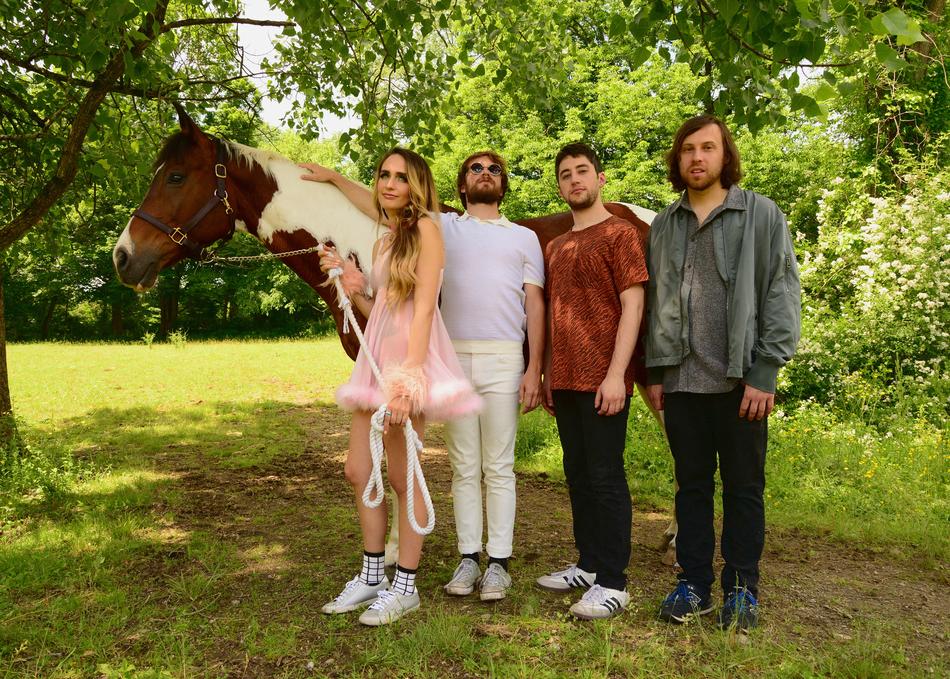 "Necessary brattiness" is the motto for Speedy Ortiz’s dauntless new collection of songs, Twerp Verse. The follow-up to 2015's Foil Deer, the band's latest indie rock missive is prompted by a tidal wave of voices, no longer silent on the hurt they’ve endured from society's margins. But like many of these truth-tellers, songwriter, guitarist and singer Sadie Dupuis scales the careful line between what she calls being "outrageous and practical" in order to be heard at all.

Twerp Verse was tracked in Brooklyn DIY space Silent Barn, mixed by Omaha legend Mike Mogis (Bright Eyes, Rilo Kiley) and mastered by Grammy-nominated engineer Emily Lazar (Sia, Haim, Beck). The record pulls from the most elastic pop moments in Squeeze's Argybargy and the seesawing synth-rock of Deerhoof and the Rentals. With Dupuis on guitars, vocals, and synths, supporting guitarist Andy Molholt (of psych pop outfit Laser Background) now joins Speedy veterans Darl Ferm on bass and Mike Falcone on drums – and together they accelerate the band's idiosyncrasy through the wilderness of Dupuis' heady reflections on sex, lies and audiotape.