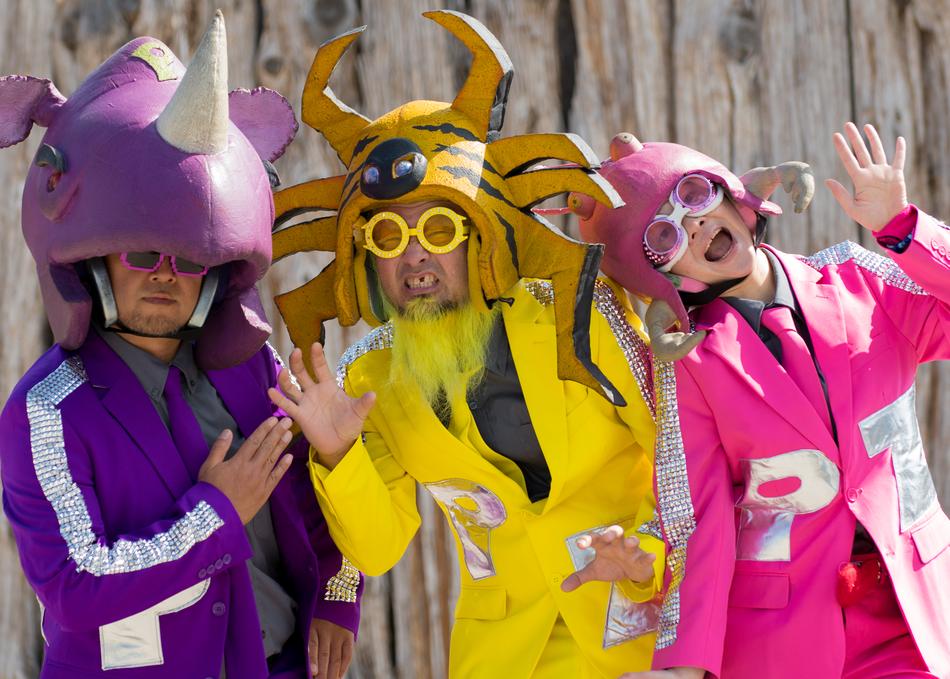 PEELANDER-Z, the Japanese Action Comic Punk Band, was formed in NYC in 1998, and now based in Austin, TX.

Peelander-Z tour extensively, mostly in North America, Japan and Europe. Their innumerable past performances at major national festivals such as Bonnaroo, Warped Tour, FunFunFun, Voodoo Fest, and Riot Fest, as well as appearances on VH1’s Best Week Ever, Comedy Central’s Upright Citizen’s Brigade, Spike TV’s MXC: Most Extreme Challenge, and ABC’s Gong Show have provided them with a national and international following. Additionally, one of their song E-I-E-I-O has been featured on a commercial ad of T-mobile in 2016. Also, a feature documentary about Peelander-Z entitled “Mad Tiger” screened in the world in 2016 and it’s now on Netflix in the US.

These four dress up in color-coordinated costumes about as if they came out of Japanese Animation put on a fun entertainment. Yes, their performance is not just playing music. Have you heard of human bowling, wrestling and kung-fu action, or funny dance at the punk rock show? Peelander-Z knows how to entertain the audience by dragging them into the show. One experience would capture you!! Peelander-Z is the best of the universe!