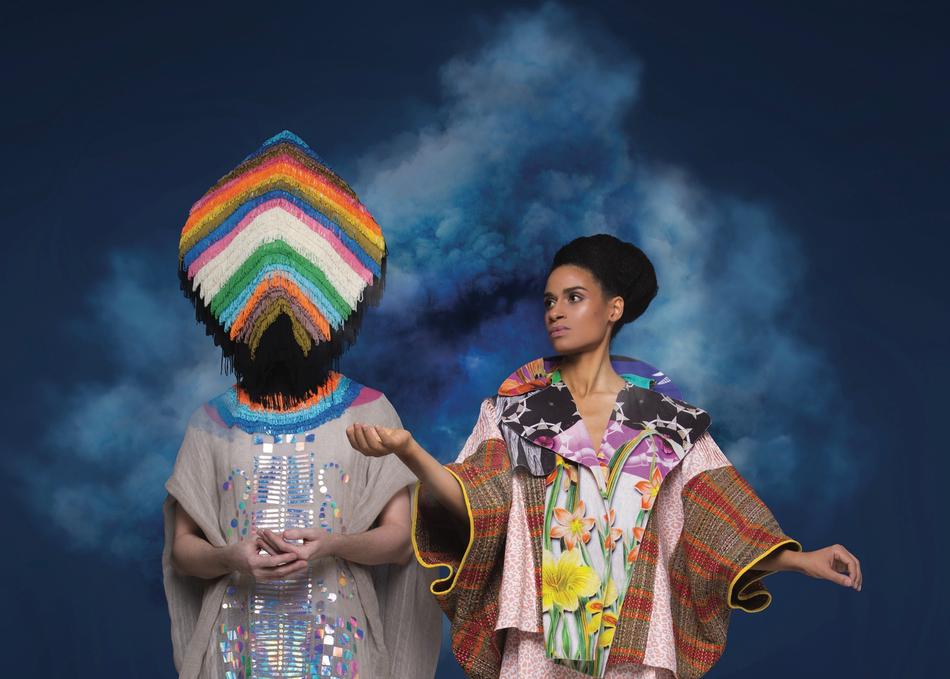 live at GREAT ESCAPE (UK): ''the entire room is on their feet dancing..''

After wowing audiences at countless concerts and festivals, such as Les Transmusicales, Eurockéennes, Sonar, Montreux Jazz, Berlin-based duo OY are back with new songs from another world. While their previous album's cheerful electro-sample sound was most likely to be located in the melting pots of African metropolises, OY now beam their new tracks far into the future. Surrounded by catchy avant-garde electronica based on a core of vocal loops and pulsing beats, we find ourselves dancing to the story of a carefree future on planet "Space Diaspora" where humanity is finally developing the ability to learn from their mistakes. On this second joint album OY humorously reflect on topics such as transhumanism, diaspora and transculturation - and it is said that the force of the duo is particularly evident when brought back to stage.