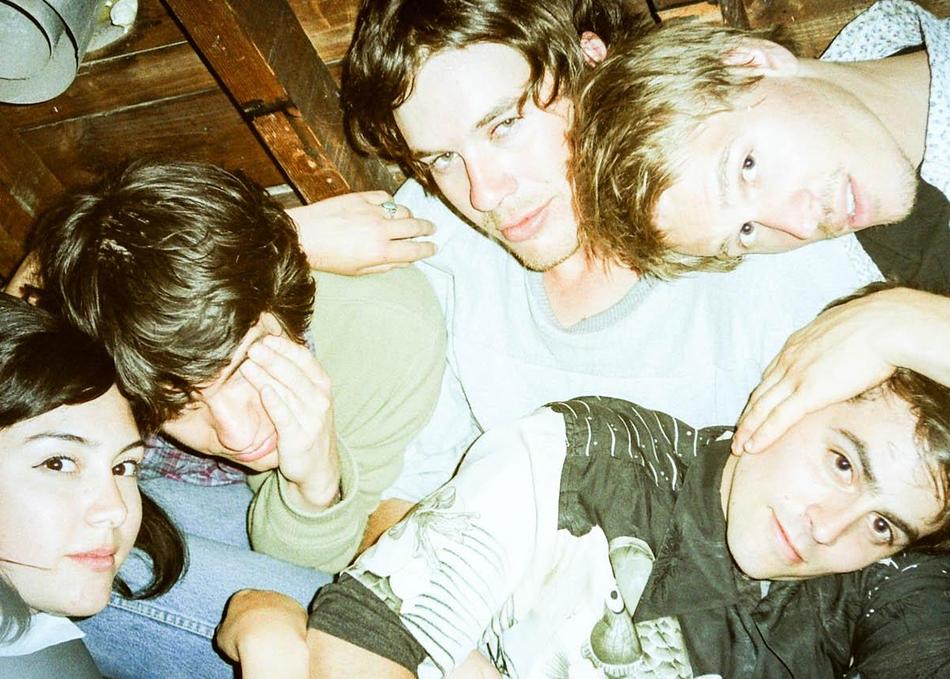 Originally formed as a duo between frontman Gregory DiMartino and drummer Rob Mills in 2014, Tino Drima has since solidified into a six-piece — a patchwork of longtime friends that includes members of local mainstays French Cassettes and Spooky Mansion — to help bring their raucous, punk-inflected take on big band doo-wop to life. “It was all pretty close and in the family,” DiMartino says of the group’s gradual expansion.

On their debut LP Her Kind of Man, Tino Drima has upped the ante since last year’s Smoking EP, finding a more nuanced sound that doesn’t sacrifice any of their grit or fervent energy. Recorded in a cabin in the Sierra Mountains and later mixed by Dave Vandervelde (Tess & Dave, Father John Misty), Her Kind of Man seamlessly intertwines elaborate string arrangements with frontman Gregory DiMartino’s writhing howl.

“Brutal Earthquake,” for instance, begins with DiMartino playing the consummate crooner, before the band revs into high gear and he replaces his shit-eating grin with a bitter scowl. Later, “Drives Me Crazy” explores the surp