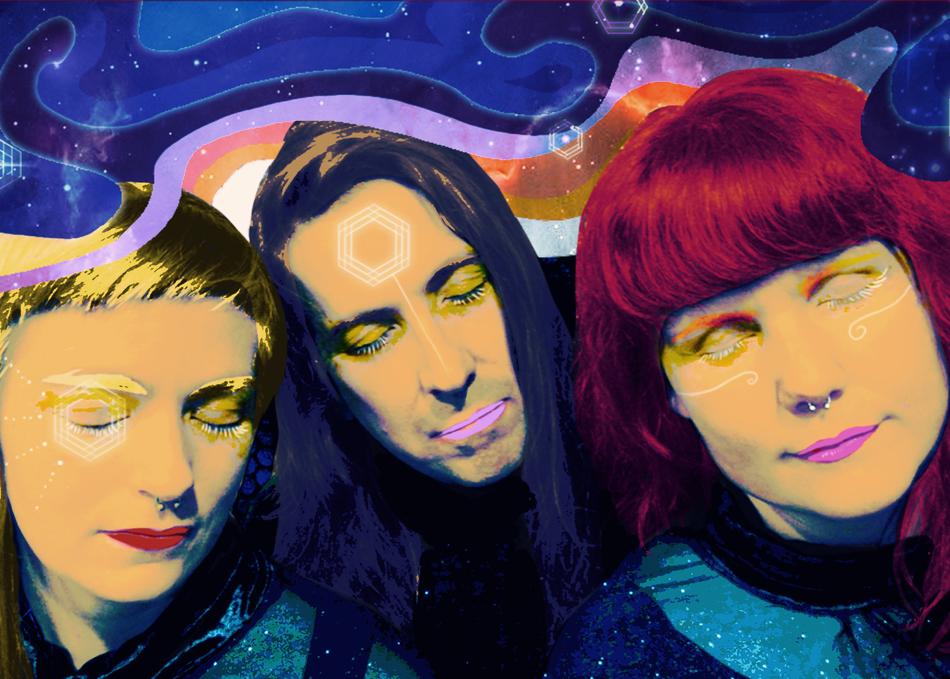 HEX is the progeny of wives Kiki and GG Van Newtown whose quick, incisive lyrics and rock opera levels of riffage reflect the chaos approaching post-capitalism with fierceness and joy, perfectly underpinned by the heavy drumming of Jason Erskine.
Since 2015 HEX have torn up dance floors across Australasia with sharp anthemic performances, unspooling a "raw, unapologetic act that encompasses a mixture of folk, punk, metal and prog rock" (noisey.vice.com) which earned support slots with Dinosaur Jr. and The Kills. Their debut EP 'Calling to the Universe' (May 2016) received massive support from NZ college radio.

In 2017 HEX released ‘Page of Pentacles’ - an “anthem for self-might and the power of rebellion” (hhhhappy.com) - which spent five weeks in the NZ Radioscope Alt Charts and attracted airplay and interviews across independent radio in Australia. Follow up ‘Runes / Runes’ was heralded as an “up-on-your-feet dancefloor tune” (rocknuts.net) making number two on the Alt Charts, as well as earning a spot in the New Zealand Top 40.

Early in 2018 HEX are set to release their debut LP ‘The Hill Temple’, two further singles, and hit the roads across the US and Europe.