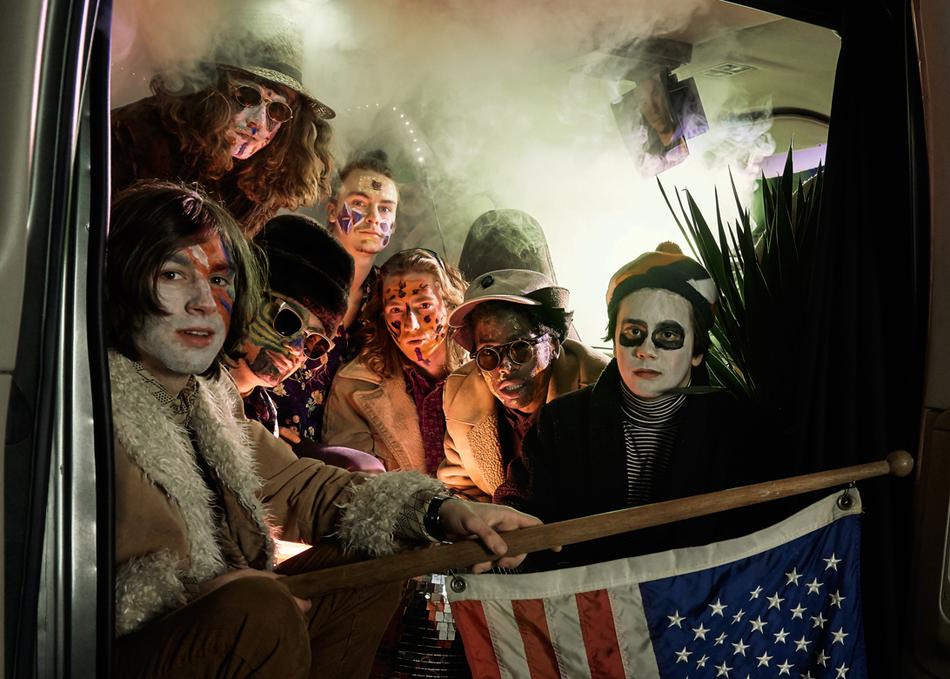 The Nude Party - Time To Go

The Nude Party congealed as one unit in the southern mountain town of Boone, NC in 2013 and gained their namesake very literally. Bonded by isolation, house party debauchery, a religion based on pushing the limits of bad taste, and a precocious predisposition towards the Kinks, the Animals and the Velvets, they have burgeoned into an act to be reckoned with. As the hysteria at their local shows steadily increased, so did their reputation with local law enforcement, forcing them to seek employment anywhere but home. While concerned officers and obsessed fans scoured the borders of their homestead the Nude Ranch, the group exiled themselves, staying busy with a string of self booked tours and one night stands linking them up with with the likes of The Growlers, The Oblivians, The Black Lips, Night Beats, and King Gizzard and The Lizard Wizard.
Recently, the Nudes permanently colonized a large mountain home in the Catskill Mountains of New York, where they are working around the clock to build a large artificial ski hill in the backyard that's rippable year-round.