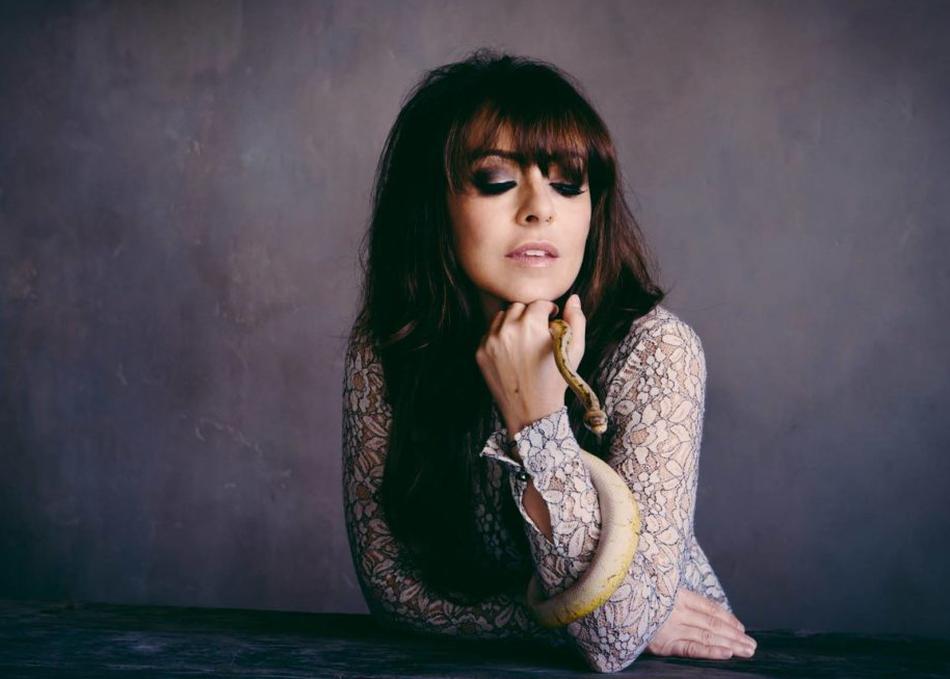 Blasting twin barrels of Americana noire and southern-gothic songwriting, India Ramey fires on all cylinders with her national debut, Snake Handler. Pentecostal churches, broken households, crooked family trees, forgotten pockets of the Deep South, and domestic violence all fill the album’s 10 songs, whose autobiographical lyrics pull from Ramey’s experience as a young girl in rural Georgia. Intensely personal and sharply written, Snake Handler shines a light on the darkness of Ramey’s past, driving out any lingering demons — or snakes, if you will — along the way.

Inspired by the warm sonics of Jason Isbell’s Southeastern and the big-voiced bombast of Neko Case’s Furnace Room Lullabies, Snake Handler was recorded in six days with producer Mark Petaccia — Southeastern‘s sound engineer, coincidentally — and members of Ramey’s road band. Ringing guitars, violin, atmospheric organ, and percussive train beats all swirl together, leaving room for Ramey’s voice — an instrument punctuated by the light drawl of her hometown and the quick tremolo of her vibrato — to swoon, swagger, and sparkle. It’s a voice she began developing as a child in Rome, Georgia, singing made-up songs into her e