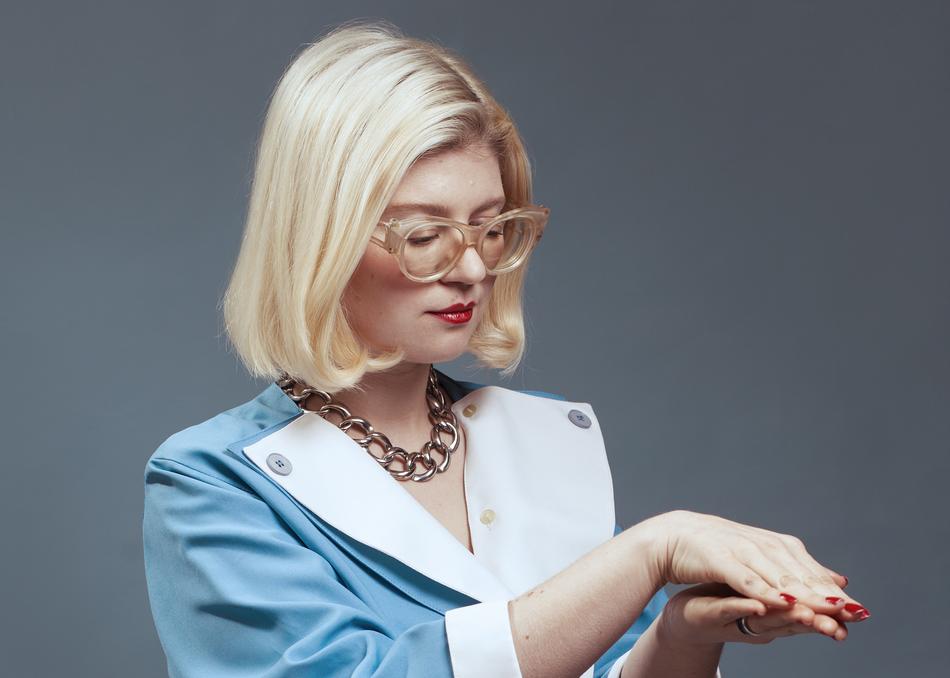 Her work is as enchanting as it is polarizing, ranging from traditional folk to raw 60s garage, ambient with ethereal vocals and abstract synths, to experimental pop with African and South American rhythms. She has released 4 studio albums on 5 labels in the past 6 years along with several EPs. Her previous solo release was produced by Canadian Psych guru King Khan.

The recent album "The West Against The People" came out on Klangbad this spring, produced with H.J. Irmler of Faust and featuring solo tracks, as well as tracks with her two drummers Your Government, and elusive legends Die Tödliche Doris & Felix Kubin. It also features an essay elaborating on the themes of the album and analyzing the current sociopolitical climate*. The album is currently in its second edition and its release tour has covered 20 countries so far. The "Faust Studio Sessions and Other Recordings" 10" followed at the end of 2017.

*The essay can be read here:
www.maryocher.com/essay.html