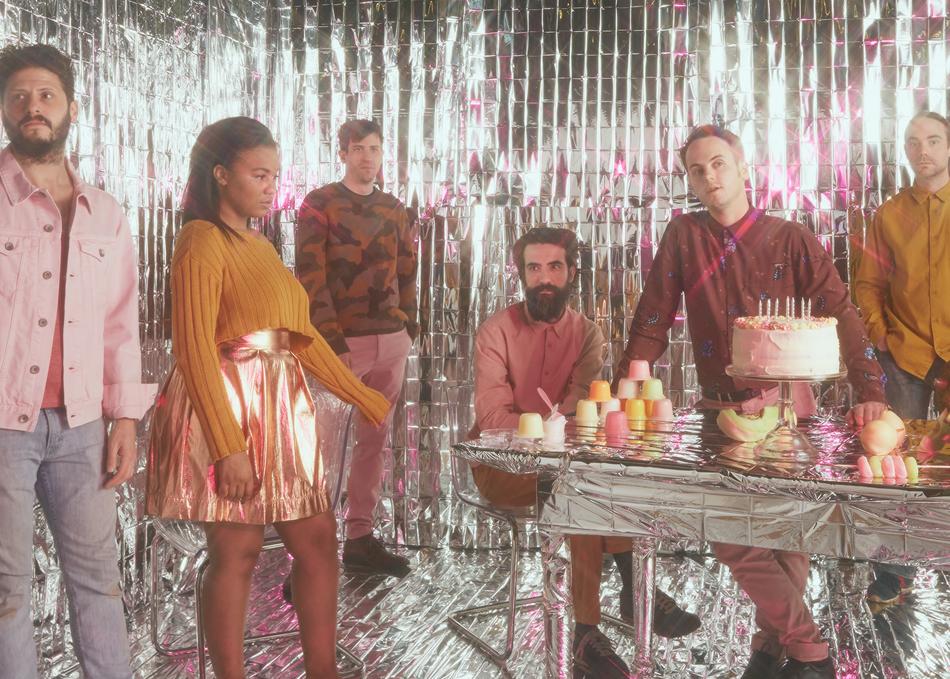 Since their first release, Everlasting (2010), Grandchildren have evolved from pioneers of Philadelphia’s burgeoning DIY scene into a musical powerhouse known for their unique cinematic blend of pop, folk and electronica. A product of a nomadic coming of age across three continents, frontman Aleks Martray settled in Philly to form a family of musicians that brought to life his eclectic sound - Roman Salcic (drums), John Vogel (synth), Russell Brodie (bass), and Adam Katz (guitar). Their next two records took them from the symphonic Golden Age (2013) to the pop-driven ZUNI (2015). After attaining road warrior status through several US tours and sharing the stage with such bands as Man Man, O’Death, and Thievery Corporation, the group went back into the studio in search of a sound that would capture the raw unbridled energy of their live shows. The result is their new single Phantom Pains, a dark and soulful requiem for love lost that digs deep into the band’s emotional core and orchestral sensibilities. The track features the soulful harmonies of female vocalist Shari Bolar in her debut as the newest Grandchild.