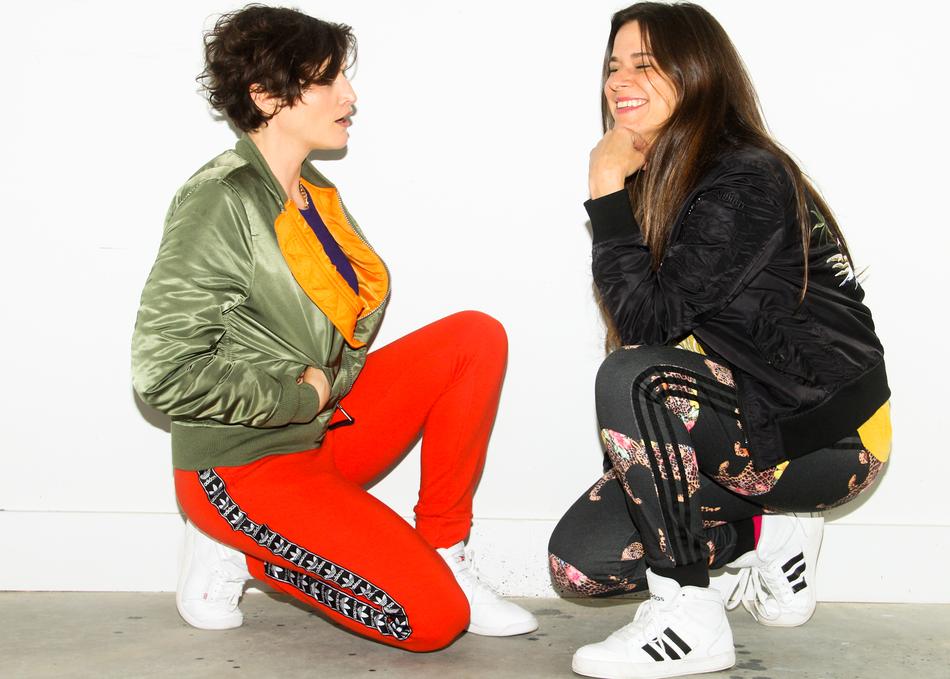 Formed in 2016, Bat Fangs are guitarist/singer Betsy Wright (Ex Hex) and drummer Laura King (Flesh Wounds, The Moaners). Their music is rooted in the pop-metal of time beyond memory -- tunes that were dark and spiritually corrupted, but also boldly anthemic.

The band began just as Wright’s other gig, Ex Hex, settled down for an extended breather. After two years touring as a bassist, she was eager to reconnect with the electric guitar and to push her pop-songwriting skills toward a slightly darker zone. She sent a few demos to King, who signed on to play drums. From there the music was pushed into a deeper, more overtly psychedelic space.

Recorded earlier this year, Bat Fangs’ debut includes nine tracks recorded by Mike Montgomery at Candyland Studio in Dayton, Kentucky and mixed by Matt Boynton (Gang Gang Dance, Kurt Vile). It's music meant to blur, alleviate, and transcend Earthly concerns. These are missives from a midnight mirror-world, heavy with shred and churn. Acid-soaked hard-rock for the benefit of the living and the dead.