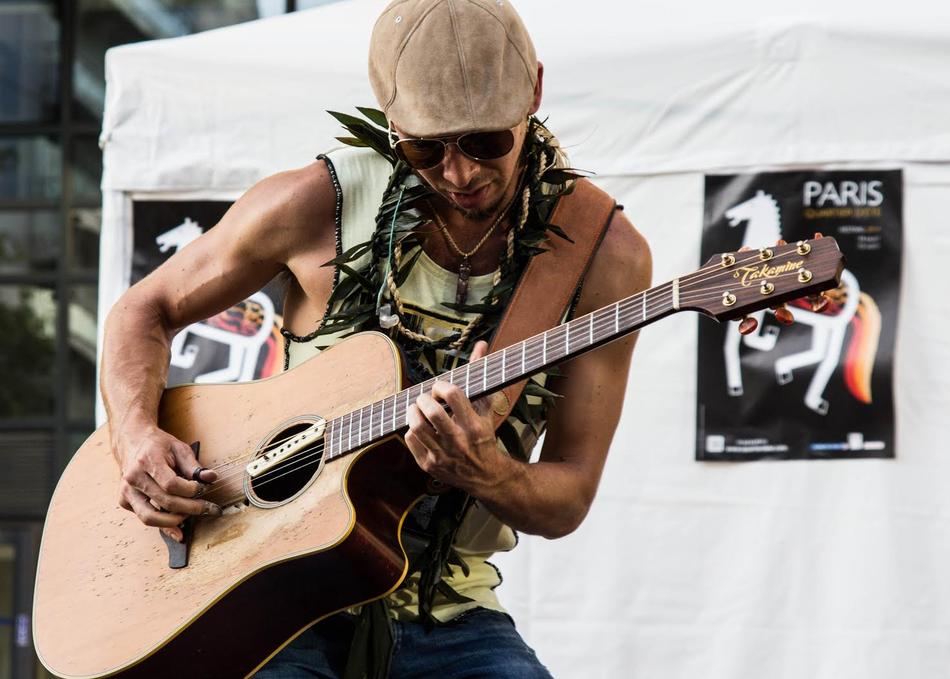 Guitar Player Magazine voted him in the Top 3 guitarists in America in 2008, and Esquire Magazine said "Slack key guitar, indigenous to Hawai'i, is older than the blues, and Makana is considered the greatest living player."

Makana is a master of rare Hawaiian art of Slack Key Guitar. Not to be confused with steel (slide) guitar. Slack key sounds like 3 guitars and Makana uses over a hundred tunings to fashion a massive, resonant, symphonic sound without use of loop pedals or other trickery. His unique guitar style serves as perfect accompaniment to his powerful voice and penetrating and original lyrics. His repertoire is diverse and accessible. He has supported acts ranging from Santana and Sting to Jason Mraz, Joe Walsh of The Eagles, Bad Company, Leon Russell, Chris Isaak, Chris Botti, Elvis Costello, Common, Gotye, Jack Johnson and many others. His music has been featured on 3 Grammy nominated records including the soundtrack for Academy Award-winning film The Descendants.

Makana's music and performance style transcend category and trend. Makana's sound ventures into the folk/ bluegrass/ acoustic rock realm. His ability to convey his roots from Hawaii in the context of a mode