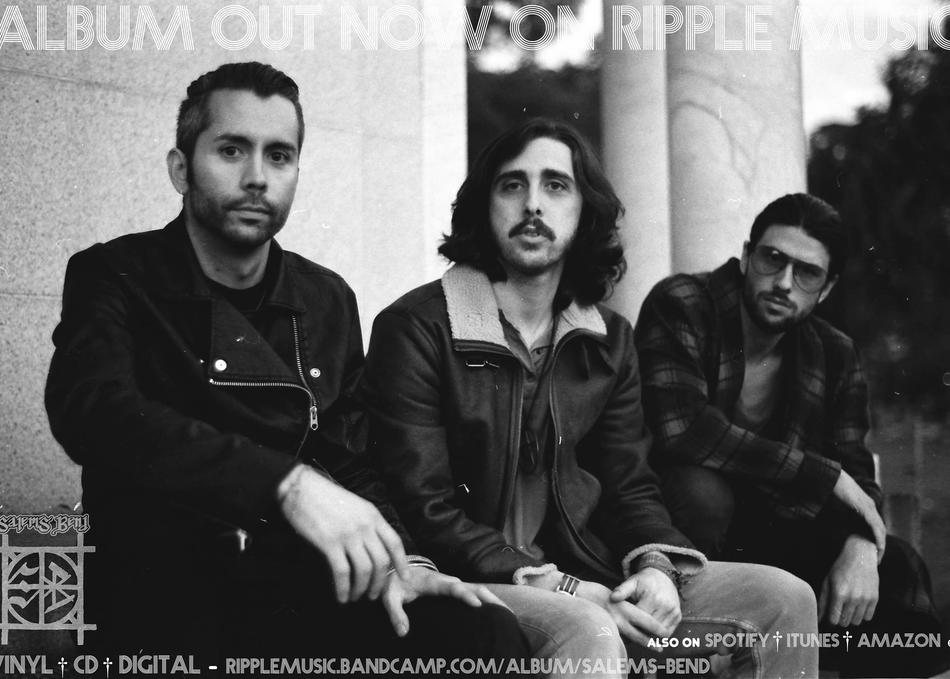 Salem's Bend is a Los Angeles-based heavy rock trio, with musical influences that run the gamut from '70s classic rockers to modern heavy-hitters in the desert, doom, psych and stoner rock/metal scenes. Having cut their teeth in different bands around LA for the past 5 years, they self-released their debut album on Bandcamp in the tail-end of December 2015. The album garnered some early praise at heavy music blogs, with one reviewer commenting, "You want dynamics? Salem’s Bend is practically a liquid. 'Dynamics' is just a buzz word until it’s wielded by these sprightly upstarts." The album caught the ear of Ripple Music, who signed them and re-released their debut record worldwide in October 2016.

Salem's Bend has been tearing up the local rock scene in Southern California since their inaugural West Coast tour in June 2016, playing SXSW in 2017 and several tour stints around the Pacific Northwest and the Southwest. Their follow up record is currently in the works and primed to be released in summer 2018.