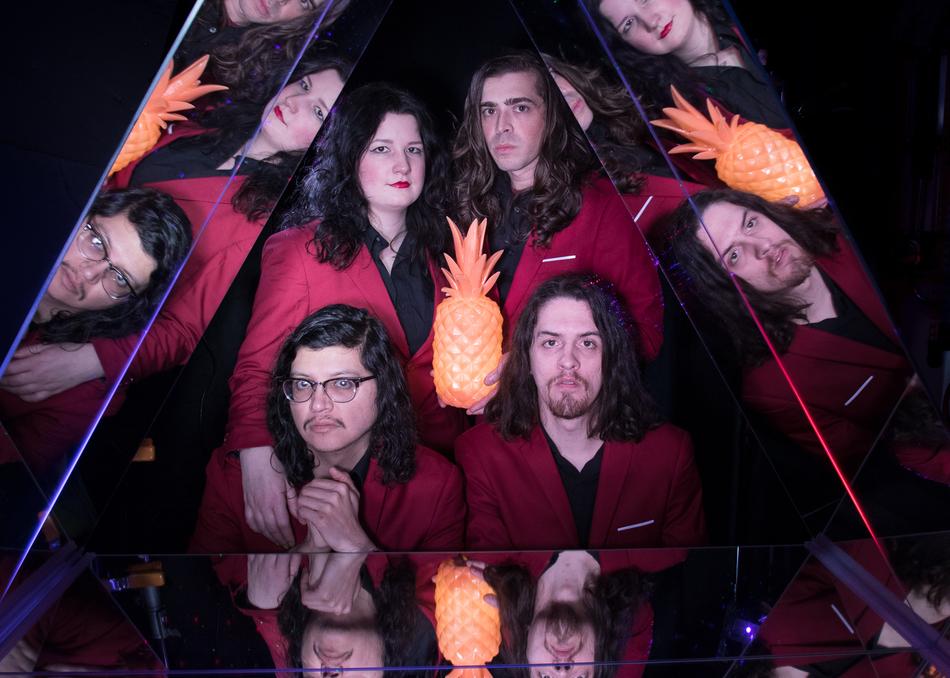 Leather Girls first unleashed their ferocious style of garage rock upon their hometown of Austin, Texas in 2015 after Erik Camacho (guitar/lead vox) and Mike Garrido (guitar/vox) bonded over their shared affinity for Tropicália, Los Dug Dugs, and Billy Childish. Dillon Fernandez soon got added into the mix (drums) shortly followed by Deborah White (bass/vox).
Once a fully gelled unit, they quickly garnered a reputation for their high energy live show and blistering fuzz accentuated with a hint of Texas twang – sharing bills with legends like Holly Golightly, The Dictators, Mr. Airplane Man and becoming a favorite show partner with local heavy hitters Ringo Deathstarr and Holy Wave.
Their highly anticipated self-titled debut album, which the band recorded themselves in a barn next to a body shop in North Austin, was released on June 2nd via Yippee Ki Yay Records. It delivers a range of raw, airy, raucous, high energy rock sounds – much like a brick of $8 firecrackers set off in a metal trash can and then shoved in the trunk of a Chevy Nova that had to be saved up for.