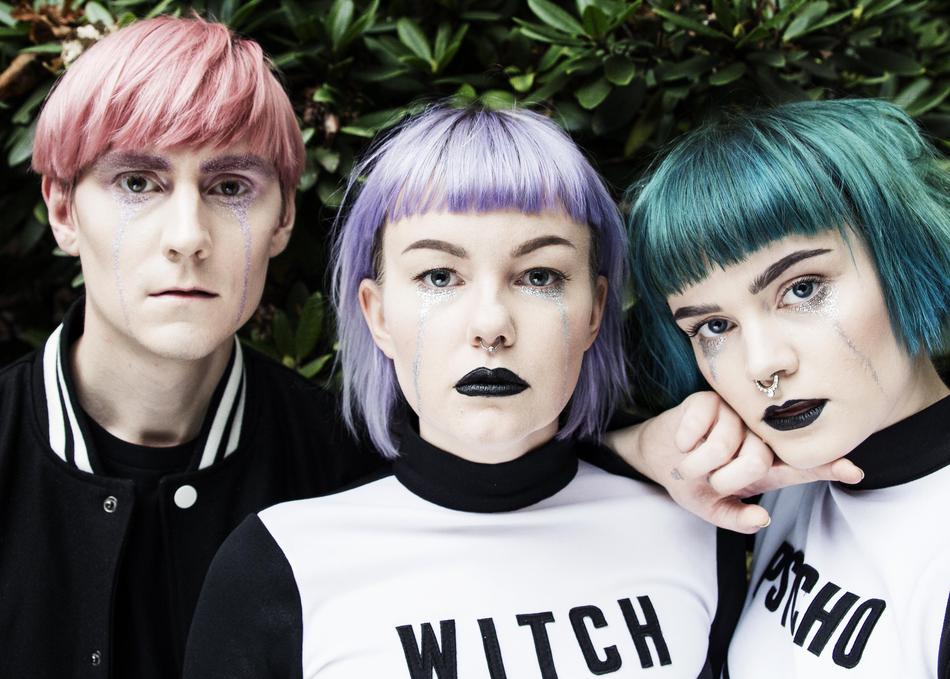 The Magnettes - Killers in a Ghost Town

‘Say what you want to say. Do it as loud as you want. Be weird, be ugly, be too much, fuck as much as you want and question everything’.
The Magnettes’ Manifesto

Ten hours from the hit making hub of Stockholm, above the Arctic Circle where the sun doesn’t rise during winter, lies the sleepy town of Pajala, home to 2000 residents…and The Magnettes, a fearless 21st Century fuck-pop trio who think ugly and weird is cool and that the patriarchy needs to be crushed. Right now.

In the spring of 2015 the group headed to perform a string of head turning shows at SXSW. The band’s shows led to a booking at The Great Escape in Brighton the following month, but they also got discovered and signed a record deal with Los Angles / Nashville based label DigSin.

Since then they’ve barely paused for breath. They’ve released six critically acclaimed singles and a debut album ‘Ugly Youth‘ which received support from Spotify and key bloggers including Perez Hilto. Summer of 2017 they got a summer hit in Sweden with the single ‘Young and Wild’ and played on the world largest festival ‘Summerfest’.