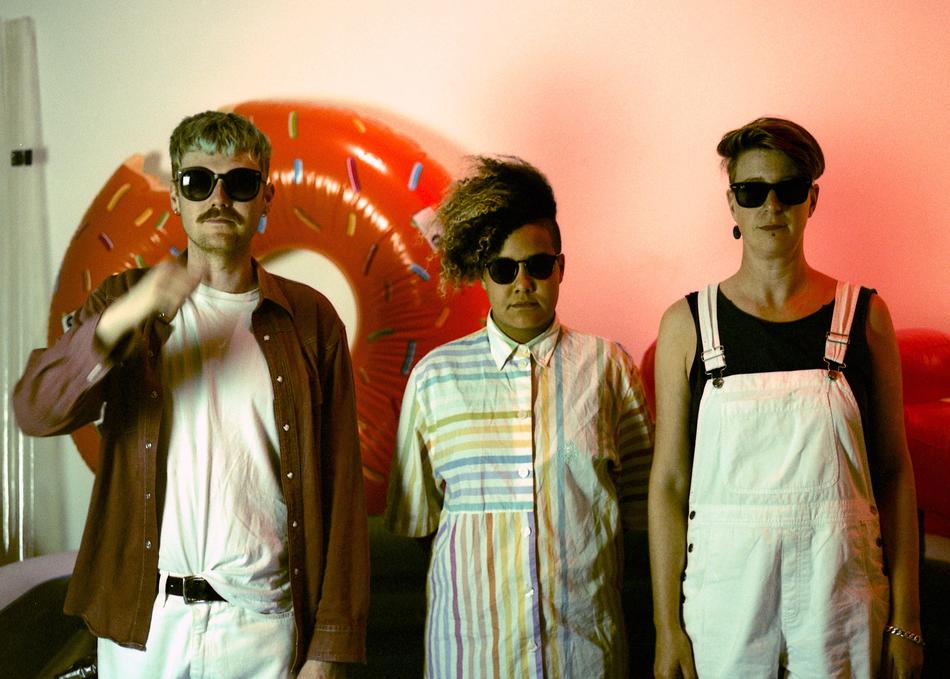 Shopping formed in early 2013 by members Rachel Aggs (guitar), Billy Easter (bass) and Andrew Milk (drums), who’ve all done time in a plethora of notable UK DIY bands including Trash Kit and Wet Dog. They pull from a well of 70’s post-punk with a voraciousness seldom seen these days, bringing to mind the jagged aggression of Gang of Four, the voracious yelp of The Slits and the dance inducing thrust of Delta 5 and ESG.

Their first album Consumer Complaints released via their own MILK records in the UK has received whole-hearted acclaim, selling out their 1000 piece run in just a few months. After a year of heavy touring throughout Europe the band signed to FatCat Records in the UK & US and released their second record Why Choose worldlwide in October 2015. The release coincided with the bands first US tour, a marathon 6 weeks kicking of with 10 shows at CMJ where they were the top of many reviews lists including in Bob Boilen’s top 10 bands for NPR.

For Their third album “The Official Body” Shopping have teamed up with indie pop legend a Edwyn Collins. The album was recorded and produced at his Clashnarrow studio in Helmsdale, Scotland and will be released in January 2018