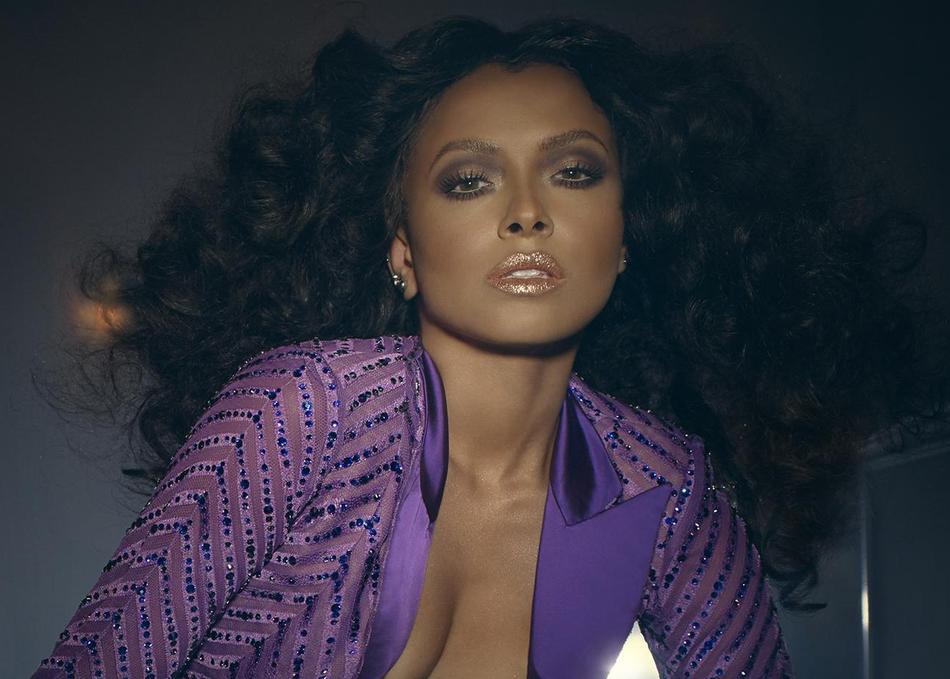 Katerina “Kat” Graham is a music artist, actress and producer, best known for her starring role in the hit TV show "The Vampire Diaries." Born in Geneva, Switzerland, Kat speaks English, Spanish, French and Hebrew - and is the daughter of a Liberian father and a Russian Jewish mother. At the age of 6, Kat began acting in commercials such as Barbie, K-Mart, Pop- Tarts and Old Navy, and television shows including "Like Family," "Grounded for Life," and "Lizzie McGuire." Her first break came when she replaced a young Christina Milian as the host of the Disney channel's popular series "Movie Surfers." Kat can also be seen in the films "17 Again," with Zac Efron and Matthew Perry, "The Roommate," with Leighton Meester, and the starring role in "Honey 2", and Lionsgate's "Addicted".

Kat furthered her natural acting talents with vocal training, piano lessons and dance classes. At 15, she was chosen by renowned choreographer Fatima to perform at the BET Awards as a background dancer for Bow-Wow, leading to stints as a dancer for Missy Elliott and Pharrell, and went on to work with choreographers Hi Hat and Michael Rooney.

In addition to being a professional actress and dancer, Kat began to pursue a career as a musical artist. One of the first songs she wrote and performed - "Derailed" - was featured in the Jean-Claude Van Damn movie bearing the same title. She was inspired to purchase her own studio equipment and add producer to her list of talents. A year later she met super producer Damon Elliott (Pink, Mya, Destiny's Child). While the two worked on perfecting Kat's skills as a musician and producer, she continued to work as an actress, starring on the series "CSI: Las Vegas", "The O.C.," "Malcolm In The Middle," "Joan of Arcadia," "Strong Medicine" and "Hannah Montana." She appeared in music videos, including Akon's "Mr. Lonely," 112's "What If," John Legend's "Used to Love U," B2K's "Why I Love You" and Musiq Soulchild's "Buddy", Nelly's "Just a Dream," and Diddy with Usher "Looking for Love". At 17, Kat was selected by Coca-Cola as part of an international campaign to market their soft drink Fanta. While promoting the campaign as a member of the "Fantanas" (as Capri/Strawberry), Kat simultaneously completed her degree in recording engineering. In 2007 Kat went on a world tour with The Black-Eyed Peas, and her voice is featured onWill.I.Am's solo release "Songs About Girls" ("I Got It From My Mama") and "The Donque Song," featuring Snoop Dogg.

Kat went on to be the face of many campaigns and endorsements that include Wet ‘N Wild, Degree, Foster Grant, Caress, OP, Yoplait, Samsung, U by Kotex, Avon, Bing, Ford, Aquafina, Abercrombie, Nivea, and Armani Exchange. In 2013 she became a high profile supporter of the UNHCR (United Nations High Commissioner of Refugees). She is a council member for GLAAD (Gay & Lesbian Alliance Against Defamation), as well a supporter of The Water Project and went on to help fund wells for clean water to be built for villages and schools throughout Africa. In 2016, she became the Goodwill Ambassador to Empower54.

In 2011 signed to A&M Octone Interscope Records and released her debut EP, "Against The Wall" in May of 2012. The first single, "Put Your Graffiti On Me," which was produced by Australian Duo "Twice as Nice" (50 Cent, Pete Wentz), reached over 7 million views on VEVO and charted on the Billboard Dance Charts. Her single "Power" produced by Mitch Allen (Demi Lovato's "Heart Attack") was released on iTunes July 31st 2013 and premiered on billboard.com to positive reviews. The song was added to over 30 stations within the first week of its release. Kat left Interscope and released her first full length album, "Roxbury Drive," which includes "Secrets" featuring Babyface. Her next album is set to release second-quarter 2017, in which she names Prince and Babyface as the only other writers for this album. The first single and music video “All Your Love” off of her sophomore album (currently titled “Love Music Funk Magic”) was released October 2016. Kat has recently completed filming the 8th and final season of "The Vampire Diaries". Her next slated film is Morgan Creek’s Tupac Shakur biopic "All Eyez On Me" as well as the comedy feature “Where’s the Money” and animation film “QQ Speed”. Kat has produced and sold multiple projects which range from web series' with Maker Studios to her dance drama "From The Top" with Warner Bros. Television. She is currently producing the Tammi Terrell biopic alongside Hilary Shor (The Butler, Children of Men), Bob Teitel (Barbershop, A Few Good Men), and Rose Ganguzza (Kill Your Darlings, New York, I Love You).