presented by Sounds from the World 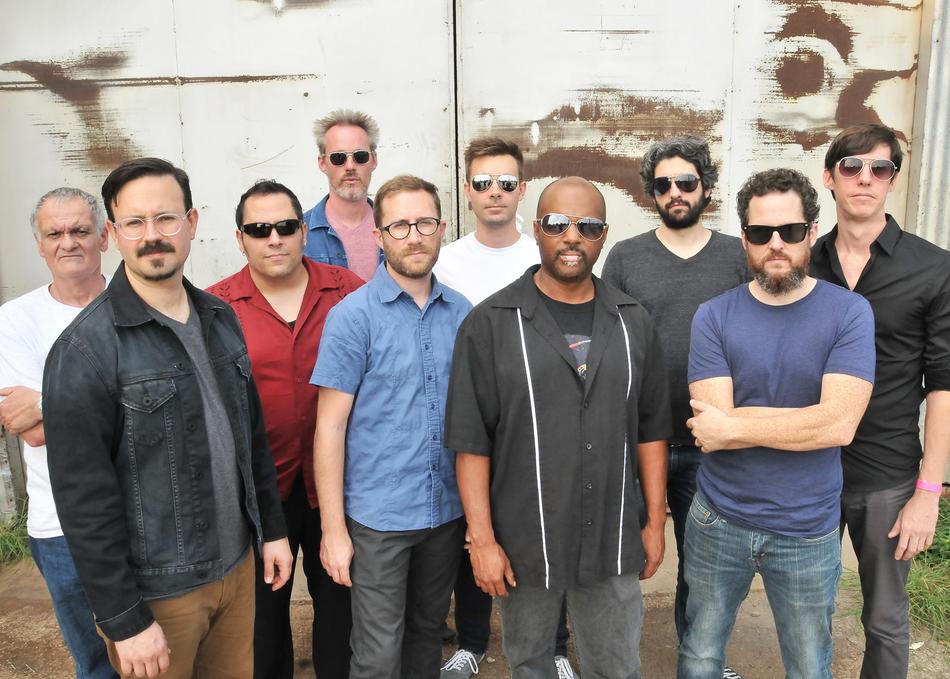 The Austin-based ten-piece collective of musicians known as Hard Proof began by studying the blueprint of Fela Kuti’s Africa 70 band, as well as funk and jazz from the whole of sub-Saharan Africa. Founded in 2008, Hard Proof features members of Black Joe Lewis and the Honeybears, The Calm Blue Sea, Cougar, Ocote Soul Sounds, Spanish Gold, and several other notable Austin acts.

While their self-titled album was well received on its 2010 release, there seems to be universal agreement that their live shows are something not to be missed. Austin taste-maker Laurie Gallardo of KUTX radio may have put it best: "This local nine-piece ensemble always puts on an electrifying live show, an absolute blowout of non-stop percussion action and blasting brass, bringing the best of both worlds to the stage by mixing classic styles and plenty of their personal panache to own the show."

As if they weren’t busy enough between Hard Proof and their other bands, the Hard Proof Horns have found work as sidemen with such notables as Spoon, Antibalas, Gary Clark Jr., Spanish Gold, Broken Social Scene, the Walkmen, Dave Matthews Band, Band of Horses and others.

In 2013, Hard Proof released their first vinyl, partnering with Canada's Kept Records for the Dragon/Tere 45 that they tracked with Adrian Quesada of Grupo Fantasma and Brownout. In 2014 Hard Proof released a Cassette Store day cassingle, and played the Austin City Limits festival after a successful East coast run. In 2016 the band released a 100% analog 45rpm LP produced by Jim Eno (Spoon) at his own studio for his Public Hi-Fi imprint.

Hard Proof’s next full length will come out in early 2017 on Modern Outsider Records featuring production from Chris “Frenchie” Smith, a few weeks after they play Austin’s new Sound on Sound Fest.