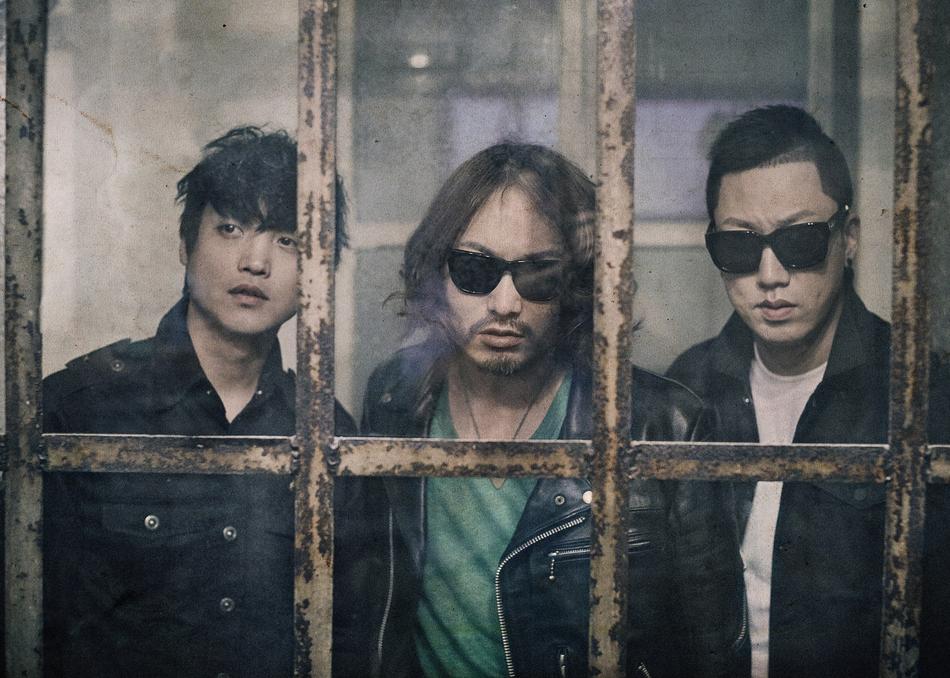 Receiving high praise for their 2007 EPs (“To the Galaxy” and “Ramble Around”), anticipation was high for Galaxy Express’ 2008 “Noise on Fire” full-length debut. The scorching double album did not disappoint and was honored as “Best Rock Album” at the 2009 Korean Music Awards. That summer the trio wowed audiences at South Korea’s Incheon Pentaport Rock Festival, Taiwan’s Rock in Taichung, and France’s Le Fete de la Musique.

While debuting with a double album is certainly an ambitious move, it was nothing compared to what Galaxy Express had planned for their sophomore offering. The group announced on April 1, 2010 that they planned to write, record, and release their next album in just 30 days. As promised, the end result surfaced a month later and was fittingly titled “Wild Days.” Galaxy Express celebrated its release by performing in Hong Kong at the Music Matters festival, and at large-scale local summer outings the Incheon Pentaport Rock Festival and the Jisan Valley Rock Festival.

In January 2011, “Noise on Fire” was ranked #22 on 100Beat.com's 100 best Korean CDs of the 2000s. A month later, “Wild Days” netted Galaxy Express the “Musician of the Year” prize at the 2011 Korean Music Awards. In March 2011, the band toured North America and performed at Canadian Music Week (CMW) and South by Southwest (SXSW). That summer they also appeared at Japan’s Summer Sonic festival and opened for Linkin Park in South Korea.

Galaxy Express embarked on a second American tour in March 2012 and received praise from the likes of the New York Times and The Austin Chronicle during their dates. In November 2012, the band released their eponymous third long player. In February 2013, Galaxy Express opened for revered American garage punks Thee Oh Sees in Seoul and in March 2013 they returned to the United States again for a month-long, 26-gig tour in support of “Galaxy Express.” They followed their American trek with April and May concerts in England and Wales including appearances at the Liverpool Sound City and Focus Wales music festivals.

In 2014, the band performed in Hong Kong and traveled to Russia to play at the V-Rox festival. The group also began work on their fourth full-length offering, “Walking on Empty.” The music on the album was recorded in May 2014 and the vocals were recorded in April 2015. “Walking on Empty” was recorded and mixed by Adrian Hall (Black Eyed Peas, Depeche Mode, Ray Davies) and mastered at the famed Abbey Road Studios by Miles Showell (Eric Clapton, Pete Townshend, Underworld). Issued in August 2015, “Walking on Empty” is another strong addition to the act’s acclaimed catalog and is brimming with more of the excellent rock ‘n’ roll that has helped push Galaxy Express to the top of South Korea’s music ranks.

"With their amped energy and stage exhibitionism, they’re the best live act to come out of Korea since…well, maybe ever." – MTV Iggy

"If you are ever asked who are one of the best Korean rock bands, you can safely say 'Galaxy Express'. They rock the house whenever they play, are tight with catchy songs, and do some amazing & fun things on stage." – CG Weekly