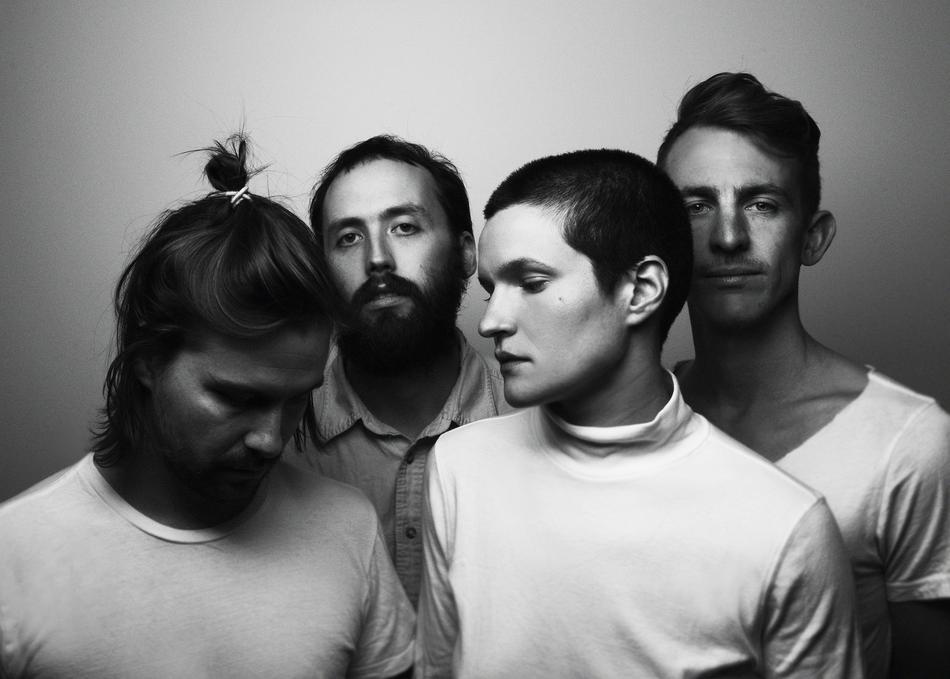 Big Thief’s music, rooted in the songs of Adrianne Lenker, paints in vivid tones “the process of harnessing pain, loss, and love, while simultaneously letting go, looking into your own eyes through someone else’s, and being okay with the inevitability of death,” says Adrianne.

Masterpiece, Big Thief’s debut album (Saddle Creek), is filled with characters and visceral narratives, songs that pivot in tthiehe space of a few words. Adrianne’s voice and guitar playing speak of rich emotional territory with grace and insight. In her words, the record tracks “the masterpiece of existence, which is always folding into itself, people attempting to connect, to both shake themselves awake and to shake off the numbness of certain points in their life. The interpretations might be impressionistic or surrealistic, but they’re grounded in simple things.

Adrianne met her longtime musical partner, guitarist and singer, Buck Meek, in Brooklyn a few years ago, and they quickly formed a creative bond tempered by the experience of traveling and performing for months on end in old dive bars, yards, barns, and basements together. They recorded a pair of duo albums (A-Sides and B-Sides), and Adrianne showcased her songs on a solo album, Hours Were The Birds.

Now, as a full rock and roll band, with Buck on guitar, Max Oleartchik on bass, and James Krivchenia on drums, they bring a steady wildness, giving the songs an even deeper layer of nostalgia. “These guys feel like a pack of wolves at my back,” says Adrianne, “they make the songs howl and bark with a fierce tenderness that gives me courage.”

After spending a month in an old house that they turned into a studio on Lake Champlain with producer Andrew Sarlo, the resulting collection soars on what Big Thief fan Sharon Van Etten calls “… a real journey, with intelligent stories and twist-and-turn melodies.