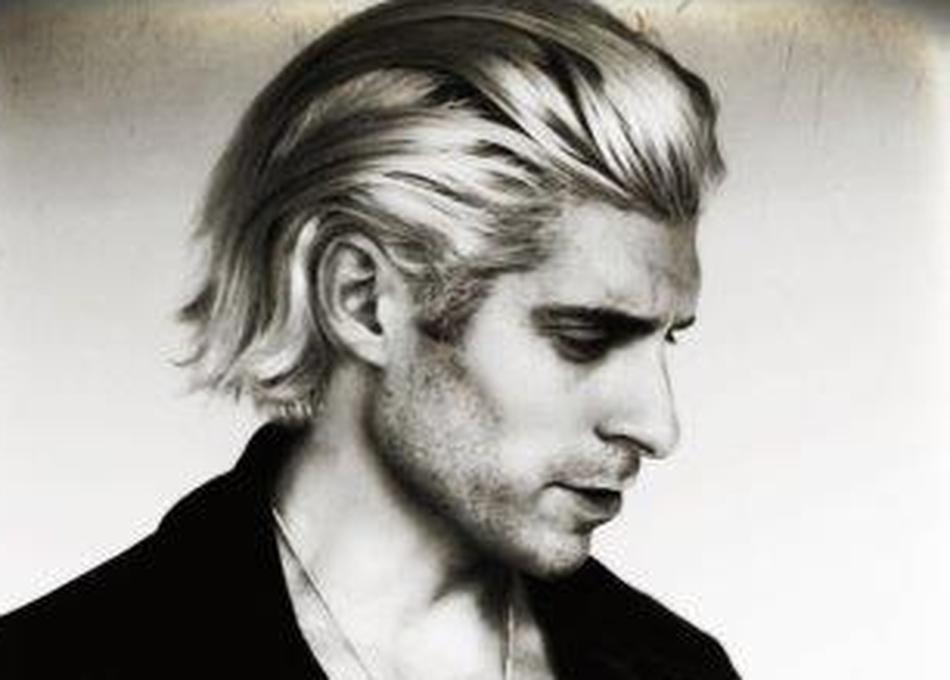 From the very first stages of creating Darling Destroyer, Leopold and His Fiction frontman Daniel Leopold found himself at the mercy of inspiration in a way he’d never experienced. “This is our first album that happened out of necessity,” says Daniel, singer/guitarist for the newly Austin-based band. “With the other records, making music was always a luxury. I could move at any speed, along any meandering path, and I did. This time the songs came to me with such an impact I was forced to commit myself to getting them out before I had a chance at losing them forever. There wasn’t any time to ponder over anything.”

The fourth full-length from Leopold and His Fiction, Darling Destroyer echoes that urgency with a savage yet soulful sound testifying to Daniel’s Detroit heritage. “I hear my upbringing in this album more than anything I’ve ever done in my life,” Daniel says. “The songs were telling me, ‘This is what you’re made of, so trust it.’” Equally rooted in dingy garage punk and Motown’s pop-minded R&B, Darling Destroyer burns with a frenzied intensity true to its emotional origins. “Looking back, these songs came from a place of fear and vulnerability,” says Daniel, who wrote much of the album while awaiting the birth of his now-five-year-old daughter. “It was my first time ever dealing face-to-face with the severity of that type of emotion and translating it into words. Harnessing its power in the studio pushed me in a way I’ve never been pushed before.”

Throughout Darling Destroyer, Leopold and His Fiction reveal their gritty ingenuity by merging delicately crafted lyrics with blistering guitar work. Co-produced by Daniel and Chris “Frenchie” Smith (...And You Will Know Us By The Trail of Dead, Ringo Deathstarr, Jet), the album gracefully veers from the self-mythologizing swagger of “Cowboy” and sinister reverie of “Boy” to the dreamy doo-wop of “I’m Better Off Alone” and lilting folk of “Who Am I.” On “Free,” agitated rhythms and fuzzed-out basslines make for a blissfully frantic lone-wolf anthem, while “Flowers” matches its confessional complexity with the slow burn of the song’s horn-powered arrangement. “That one came while on the road driving through a mountain town way high up in Colorado,” says Daniel of the latter. “I was completely lost and more vulnerable than I’ve ever been in my life, living within a dualism of tension and love, each pulling me toward vastly different arenas of existence. Attempting to apply anything I knew to the responsibility on the way seemed inconceivable, and ‘Flowers’ expresses the feeling of facing up to that.”

From track to track, Darling Destroyer proves Daniel’s easy prowess as a frontman, his vocals endlessly shifting from brutal wail to tender serenade. That unhinged yet nuanced performance reaches a glorious peak on “I’m Caving In,” which Daniel initially penned as a country song but eventually twisted into a heart-stopping blues number. “I’m in no way a country artist, but to me, classic country and classic R&B songs are synonymous in terms of what message they’re trying to deliver,” he notes. And with its scorching guitar riffs and thrillingly raw vocal performance, “I’m Caving In” emerges as a down-on-your-luck epic that turns desperation into transcendence.

For Leopold and His Fiction, creating an album as sublimely chaotic as Darling Destroyer took a lifetime of cultivating a kaleidoscopic musicality. Born and raised in Detroit, Daniel first began making music after finding a forgotten about guitar in his grandmother’s basement as a child. “It had only two strings, but I took it home and started studying immediately,” he recalls. He also played drums in a band at school and learned to play horns and bass, but his focus remained on the guitar. “I’m an only child and was always alone, but I was lucky enough to have an instrument I could bury myself in,” he says. “It was a kind of gold mine, having such an outlet growing up.”