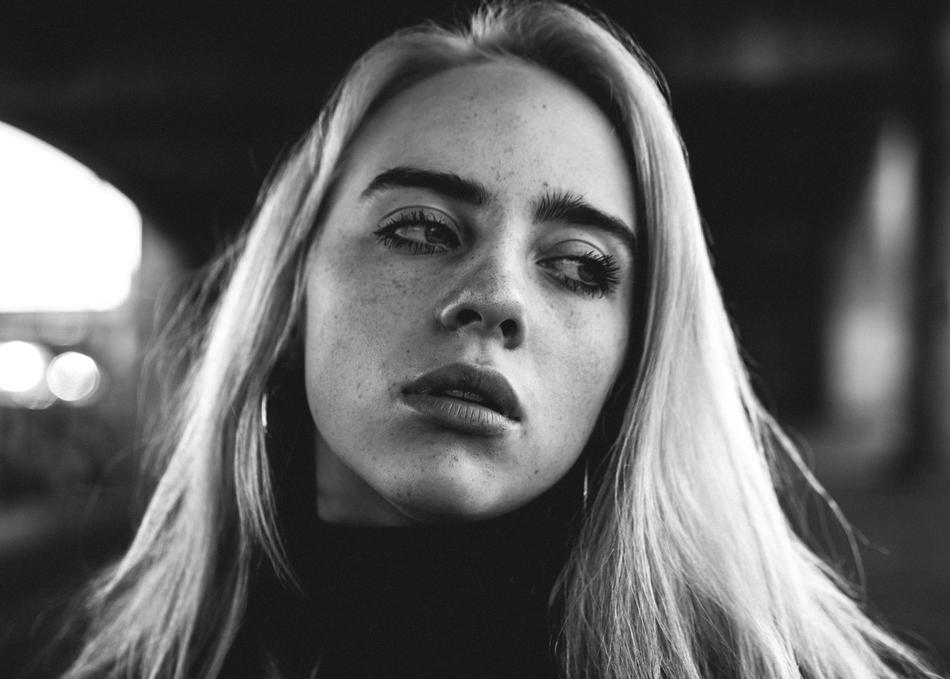 With an appetite for the gliding, glassy indie-pop of artists like Aurora and Lana Del Rey and the Distorted Menace of Tyler the Creator and Earl Sweatshirt, Billie Eilish listens to music the way that most watch movies, entirely undefined by genre. This bleeds through into her own unique style of music, calling out lyrics with a mix of heartbreak and damaged indifference. Born and raised in Los Angeles by two actor/musician parents, Billie Eilish grew up surrounded by Art. She began singing in the Los Angeles Children’s Chorus when she was 8 years old. Now at the "seasoned" age 13, Billie has begun releasing her own original material, Produced and Co-written by her Older brother Finneas O’Connell (Of The Slightlys). With songs like “Fingers Crossed”, telling an apocalyptic tale of a Zombie virus outbreak and the Song “Ocean Eyes” Calling out to a lost love, Billie’s voice and perspective roams far beyond her years in it’s emotion and power.

Late 2015, Billie's song "Ocean Eyes" and entire presence made a very impressive impact within the music world from Hypemachine #1, to Zane Lowe and Jaden Smith's endorsement on their respective Beats1 shows, to local LA KCRW radio support from the likes of Jason Kramer, Chris Douridas, and Anne Litt - all the way across the Atlantic to Annie Mac playing it on her BBC1 show. And this is all the very humbled age of 14 years old as she is just getting started to present her art into the world.