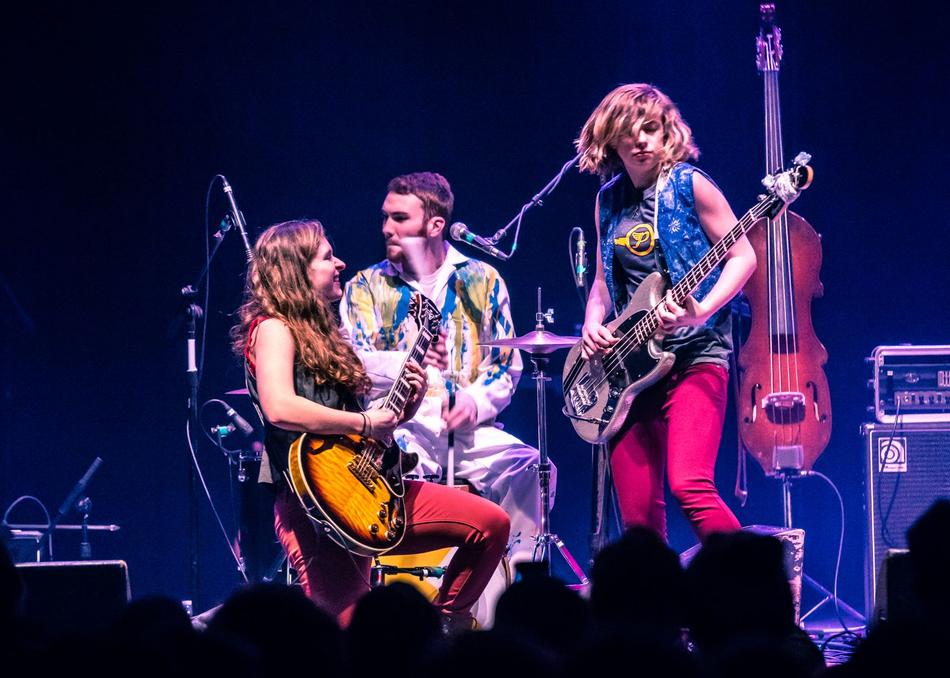 Described by John Sinkevics of Local Spins as “genre-melding indie-folk,” The Accidentals (Sav Buist and Katie Larson) exhibit “a musical and lyrical sophistication that oustrips most mainstream bands.”

From 2012-2014, The Accidentals recorded three original albums, were guest artists on fifteen others, scored two films, and landed song placements in commercials, documentaries, and music compilations while playing over seven hundred live shows. THEN they graduated high school.

In 2015, they scored original pieces for a 72-piece orchestra, an opera-dance project with Son Lux, and a smaller 30-piece string ensemble while touring the US extensively.

In June of 2016, they released a brand new, self-produced EP called Parking Lot, of which the single, “Michigan and Again,” went viral.

They’re kicking off 2017 as major label artists, having signed a record deal with Sony Masterworks to release a full-length album in the second quarter of the year.

Yahoo called it first – this is the band to watch.

Visit their website at www.theaccidentalsmusic.com, or become a member of their FamGrove to be a part of the journey.