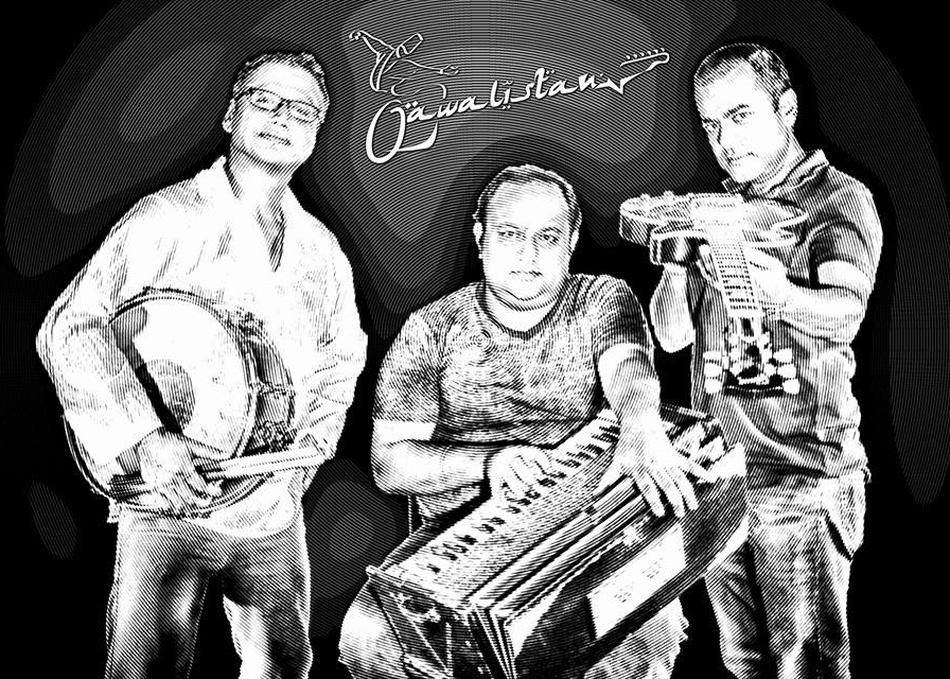 Qawalistan believes in making friendships through music. Capitalizing on the power of Qawali with Sufi lyrics and its enchanting fusion with World Music, the band aspires to spread peace and inculcate harmony to enable more tolerant societies. Qawalistan’s compositions are celebratory and its performances are interactive and electrifying. The band connects with artists from around the world with the goal to investigate and share how well music connects hearts, mends relationships, and bring the citizens, cultures, and civilizations together.

The band’s Qawali influence is derived from the world’s renowned Qawali Maestro Aziz Mian and his son Imran Aziz Mian, lead vocalist for the band. Additionally, its music ascribes to underscore the diversity of South Asian Qawali through compositions from great Nusrat Fateh Ali Khan, Sabri bothers and several other maestros that are well-known and celebrated worldwide.

The Rock section of Qawalistan’s music draws influences from Black Sabbath, Deep Purple and Jeff Back. While Guitars and Drums serve as the backbone of its astoundingly rocking musical sets, Qawalistan incorporates chord progressions and original Guitar-riffs in its songs. Its musical arrangements have Rock and Jazz-styled fusion of Drums blended with Eastern percussion Dholak and Tabla that fuels its power pack performances. The Bass Guitar lays out overall tempo, feed the Harmonium and Vocal sections, and also put-forth mesmerizing improvisations with the Vocalists and robust Qawali Clappers for starting, ending and the sum notes. Qawalistan’s melodies reflect authentic Qawali traditions of the East encased in Classical ragas, while the overall musical arrangement has an up-beat Rock countenance to it.