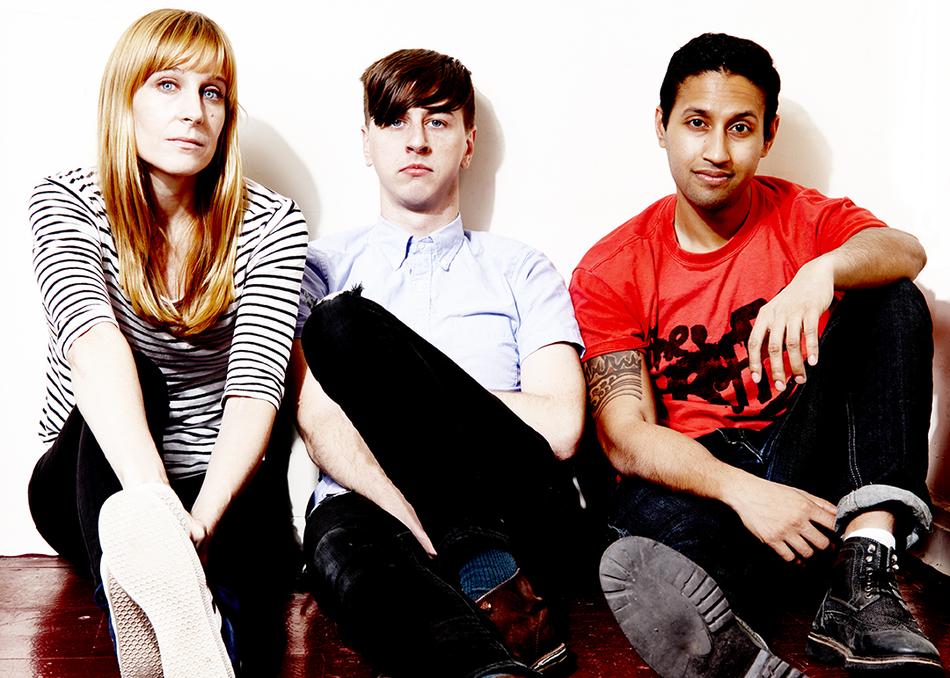 The Hiccup origin story is a rather unlikely one for a breakneck paced, harmony-laden indie band. Dual vocalists Hallie Bulleit (formerly of The Unlovables) and Alex Clute first met when they began playing together in the house band on a late-night television program. The Chris Gethard Show – a club house for suburban dorks, outcasts, punks and nerds – is peppered with brief bursts of kinetic pop-punk songs by Clute and Bulleit’s TV band, The LLC, about such topics as building birdhouses, having weird body parts, and eating sandwiches (to name but a few). They are micro-pop perfection that are, at most, 30 seconds long and as soon as they’re performed live on the show, they disappear forever as quickly as they appeared, never to be performed or heard again. Alex and Hallie were bonded by their common love of, and capacity for creating memorable pop hooks.

“Eventually after playing together and not really having the ability to be too precious or protective over the songs we were writing for the show due to time constraints,” Clute says. “We thought ‘Hey, maybe this can translate into something similar but with more of a lasting impression.’”

And thus, with the addition of drummer Piyal Basu, Hiccup was born. Bulleit and Clute began penning songs within the realm of girl-group pop meets buzz saw distorted guitars that the Ramones pioneered, the immediacy of which was later expanded upon by bands such as the Smoking Popes, and the Lookout Records roster. On initial listen, singles like “Lady MacBeth & Miss Havisham” and “Teasin’” have that instant resonance of pop appeal. But there is also a dark and stormy element in the production and approach, that hints at Kevin Shields’ My Bloody Valentine output or some of the more dissonant Belle And Sebastian moments.