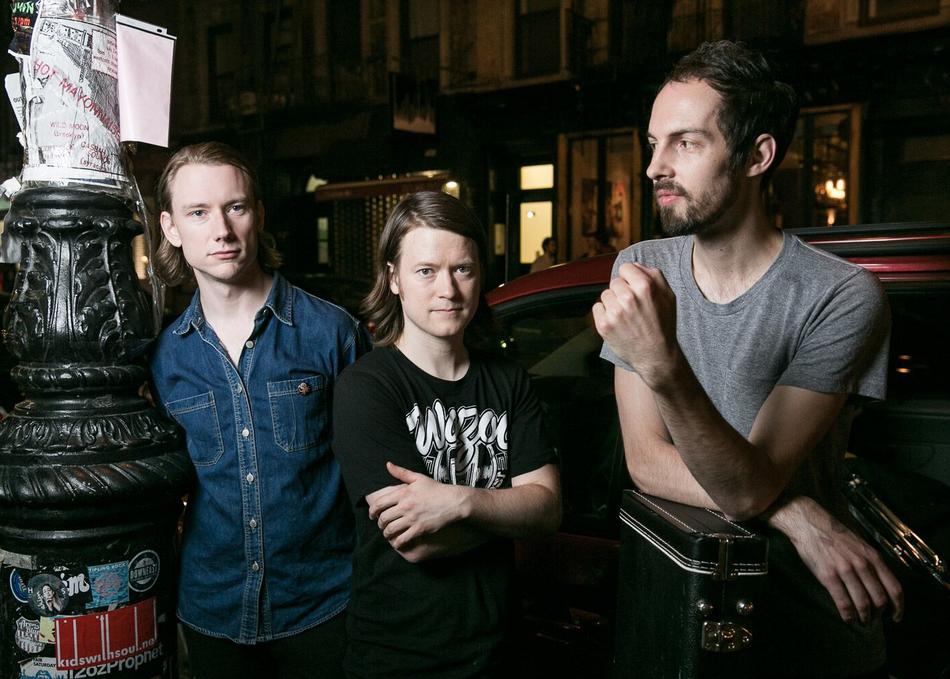 Curled up in a nest of fuzz pedal guts, minihorse guitarist Ben Collins realized one night that his dreams have no meaning. All that circuit wiring, as it turns out, is a harness for trapping delusions. The band explores that revelation over the unresolved pop progressions of debut EP Big Lack, shrugging off the big dumb universe with a wry tunefulness. Tracked at Collins’s home studio amid tinkerings with a prototype electrode headband, the record leaks out of headphones like slow direct current.

minihorse’s genetic inheritance is a recombination of bedroom transistor wizards like Bob Pollard, cruising guitar rock into the outer valences of space in a shit-can convertible, and the brandied humor of Evan Dando and Alex Chilton, approaching the void with a pack of cigarettes.

Cooing sarcasm over a wallop of scuzzy power pop, Collins pokes at misfit notions of belonging or purpose with a Jason Lytle sigh. “Hollywood painted it black/Wait. Paint it back,” he jokes before the dam breaks on “Drink You Dry.”

Collins and his fellow Ypsilanti yntroverts, bassist Christian Anderson and drummer John Fossum, are giddy with their musical contraptions. They scatter hooks like firecrackers on a blacktop throughout opener “Blueblack” and beat down doors with cool-headed kraut jam “Pinstripe Web.”

With breezy “Thriller,” Collins grips the tape reel, jerking the recording into warbled askew against a hummable fuzz bass counterpoint that coats the band’s keen insight:

“The thrill is not what’s gone/It never was.”