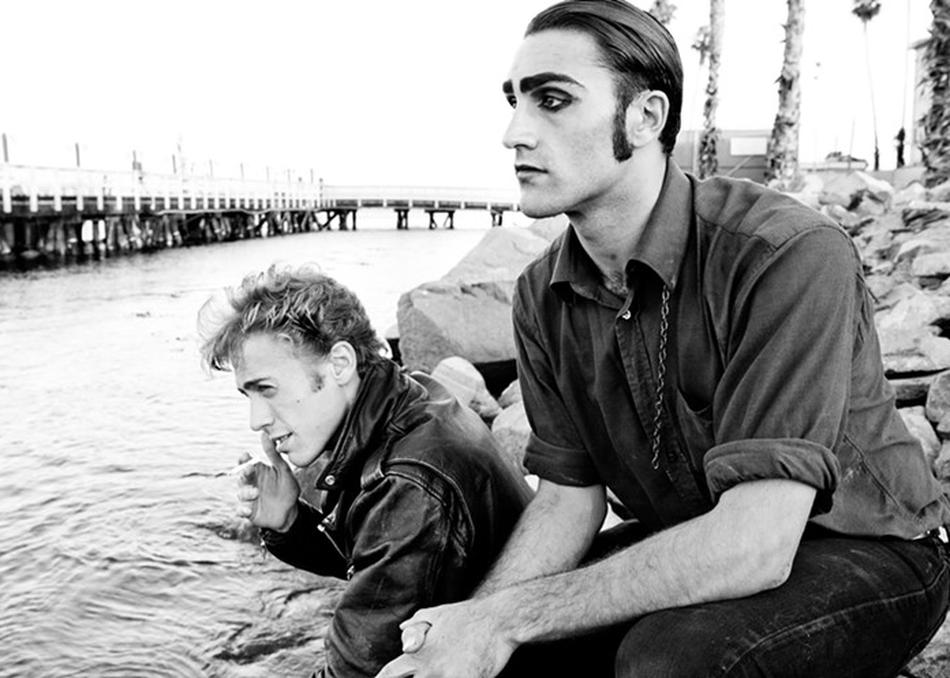 Terminal A is an Industrial/Synth Punk duo formed in late 2012 by vocalist Colin Peterson and guitarist Lee Busch. The group consists of vocals and heavily processed guitar played live over programmed backtracks. The music is a blend of wide-ranging influences, including minimal early Electronic music and early L.A. Punk Rock and Hardcore Punk , as well as the Modernist and performance art movements of the 20th century. They have gigged in Southern California consistently, opening for the likes of Rikk Agnew, Gitane Demone, and Chrome, and have toured the west coast of the US and Canada alongside Portland’s Shadowhouse, with whom they released a split 7” in 2015. They also released a split 7" with dark electronic artist Sashcloth & Axes in 2013, a 5-song debut EP on Hollywood’s Records Ad Nauseam, and are currently in production on a full-length LP.