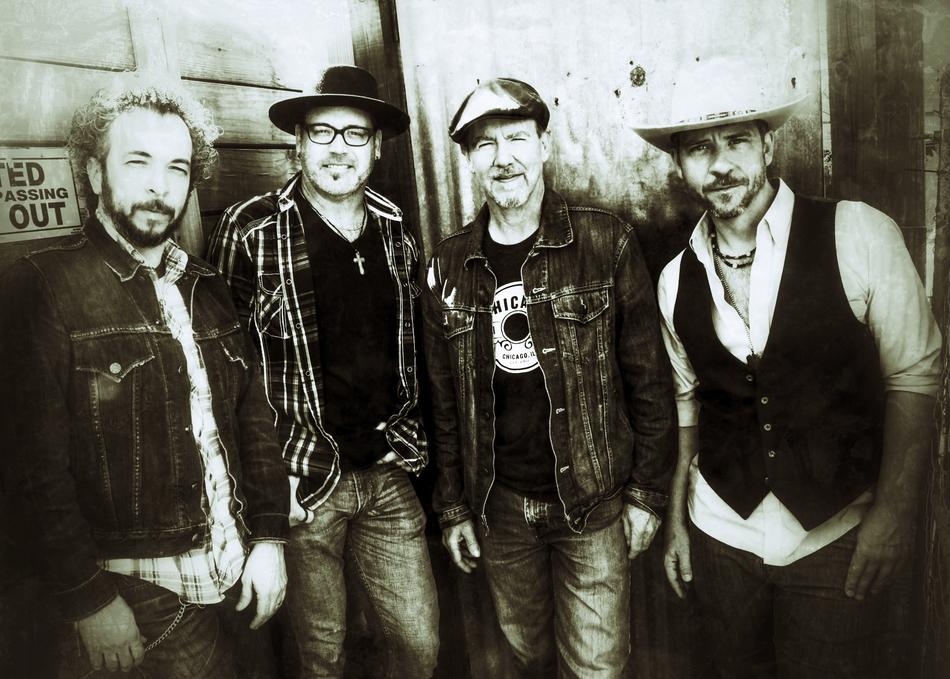 The South Austin Moonlighters - You, Love, & Me

Success for this "True Americana" ensemble has been about embracing a supergroup ethos while shunning supergroup egos. At their best, the band represents not just what's right about the Austin TX music community but about live music as a whole. And they're only getting better.

When Phil Bass, Chris Beall, Phil Hurley, and Lonnie Trevino Jr, four established Austin TX musicians, decide to join forces and play together just because it’s fun, you’re going to get something special. Such is the case for The South Austin Moonlighters, a band that blends blues, folk, soul, rock, and country, who can flip the switch from slow melodic country to gravelly rocking blues without a hitch. Think Little Feat meets Los Lobos with a splash of The Flying Burrito Bros, and you start to peel away the many musical layers of sound that makes up the S.A.M. Using a four part harmony at times accompanied with some brilliant guitar playing, S.A.M. plays with a full-bodied sound, and puts off an aura of down to earth Southern Blues and Country Rock, that can make even coldest days seem warm.

The Band mainly does Originals songs in their set and for the love of music, they throw in choice Covers that fans and newbie fans absolutely love.

The Bands origin manifested when Lonnie Trevino Jr had the idea of putting together a side group (where they could all “moonlight” on their steady gigs-thus the band’s name), just for the pure joy of playing music. Since then SAM have self-released three CD’s that have garnered “Highest Recommendations” from venue owners and national publications alike for SAM’s “Live At The Saxon Pub” released Nov. 2012, studio album debut “ Burn & Shine” released Feb. 2014, and the newest release, July 2016's Ghost Of A Small Town.

The joy of music making, the band shares, is a tangible and contagious part of Moonlighters’ shows, which made it effortless for them to quickly build a solid fan base through their Austin residencies and regional travels. During SXSW 2012, buyers from as far away as Europe were anxious to catch a bit of the South Austin Moonlighters’ “magic” thus resulted in signing with German Lable Blue Rose Records releasing “Burn & Shine” Aug. 1st 2014 in Europe and Scadinavia with plans for a summer release of Ghost Of A Small Town in the afore mentioned areas.

The inspiration of SAM stems from the band members’ mutual respect and admiration for each other’s skill and mastery of their instrument. Musicians are always seeking out others who inspire them and challenge them to improve. This group is an amazing example of what can happen when you put a bunch of talented guys in one room with an emphasis on joy and no egos involved. And now be prepared to witness The JOY that is The South Austin Moonlighters!