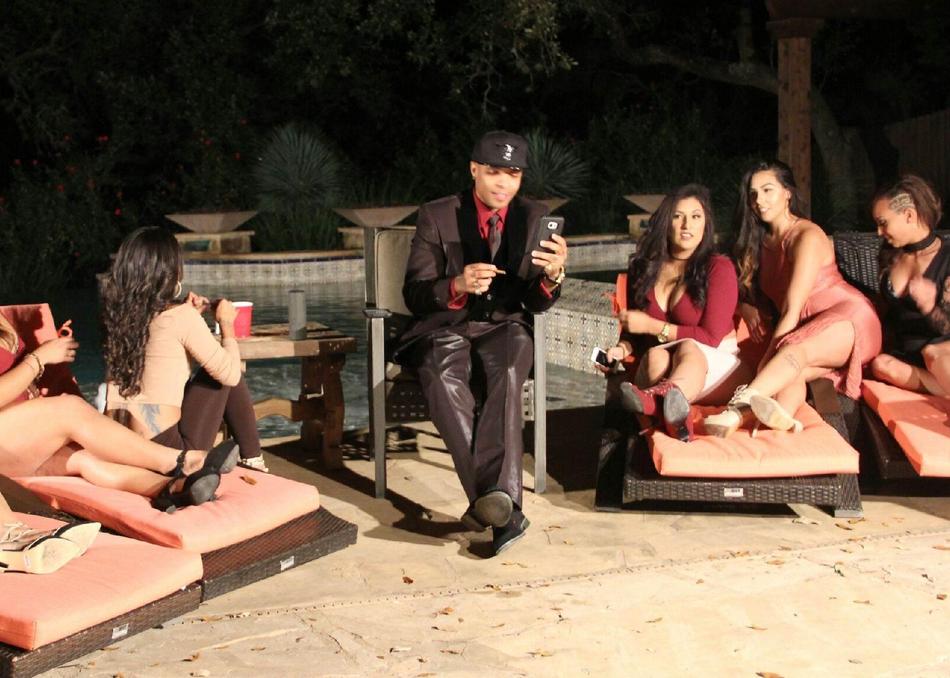 Ramone Stewart aka Lil Sicc, Originally hailing from Dallas, Lil’ Sicc rallies his current hometown of Austin with a boogie style inherited from the likes of DFW stalwarts Big Tuck and Tum Tum. Sicc’s ground breaking single “Boi I Go Ham” features the late Ice B of Basswood Lane and displays more in common with Atlanta’s upbeat trap rap phenomenon than Houston’s sleepier variety of Screwed Up droning. By way of an extensive pile of live shows wrecked in his wake, Sicc knows exactly how to get bodies moving and lung muscles laughing with vigor.

Being a native originally from the south side of Dallas Texas has had pain and turmoil to fuel his ever so crunk song concepts. At the age of, 18 Ramone introduce the world to Lil Sicc the rowdy, raucous nature of a rapper that blossomed inside of him. Then by the age of 20 he was successfully hosting and performing at numerous events and shows. Now with over 15,000 independent units sold and also with singles feat Lil Scrappy (from love and hip hop) to linking up with Riff Raff it is safe to say that Lil Sicc has a promising career.

Although born and raised in D town. Lil Sicc has found such a home in the comforts of the capital city; Austin Texas where he currently resides. That unmistakable “get bucc with it, “put ‘em in the truck with it” 2AM vibe, Sicc bottles up and presents for sale in the form of his ever-crunk song conceptions. Across Texas, he’s well known for his energetic club antics to put a smile on the face of anyone within eye-or-earshot.

Lil’ Sicc captivates his audience and fans with the expertise of a last call champion. His 2010 dvd release Da Night Life of Lil Sicc showcases the exact sort of shenanigans that make him a 6th Street legend down in Austin. Affiliated with crews including Set 4 Life, Dollaz N Since, Black Face Entertainment, Money Addicted Pimpz, and Vip,Texas Chant Music Sicc parlays his overriding status being signed to the first official independent record label of Austin Tx, Tall Boyz Ent. LLC. as well as C.E.O./Founder of www.LsPromo.biz into an all-encompassing venture.

But Sicc doesn’t stop there. As a promoter, Sicc has thrown over 500 successful shows including Stop the Violence showcases to educate those in attendance in the violent acts that deprive our communities to this day. Sicc has also had fundraiser showcases to give back to the community. In 2013 Sicc got together with Foreign Affairs to create T.E.A.C.H (Till Every One Can Hear) Event that took over the streets of Austin during SXSW 2013 & 2014. Sicc’s newest single “On My Own” is currently spinning on radio stations in El Paso, Houston, Midland and Waco (The Beat 104.9), New York with more radio stations to add to the list in the near future. Often called upon to host concerts thrown by his colleagues, Sicc leaves crowds thoroughly entertained as if his life depends on it