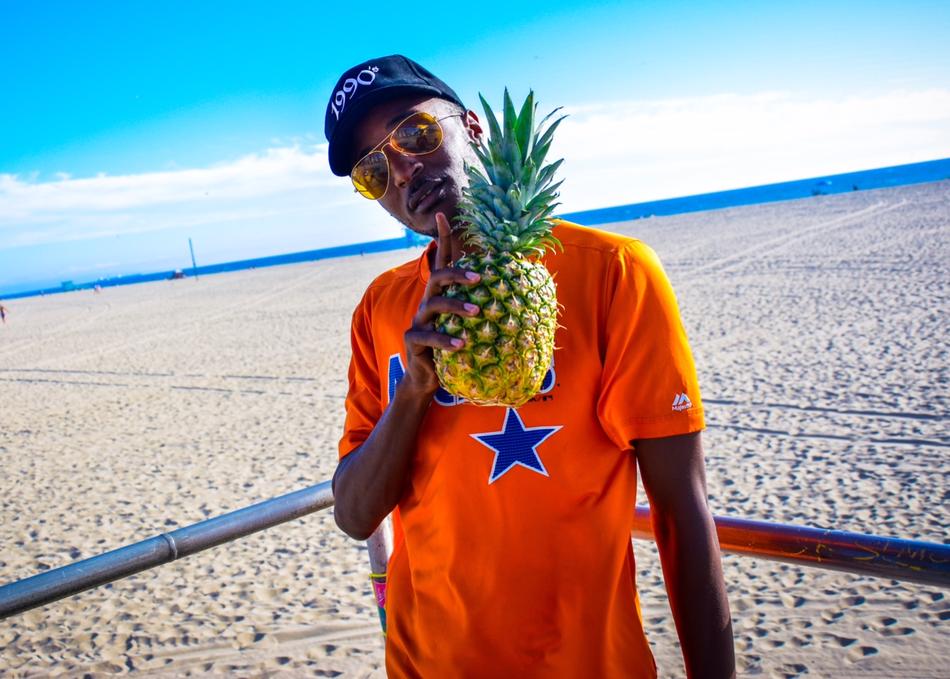 A product of Houston, TX and a Los Angeles, CA transplant, Stoppa is setting the streets on notice in just a few years of making his entry into music. The recent LA migrant moved to the West Coast ten months ago to be closer to the well renowned EDM Duo GTA (Good Times Ahead).

Just two summers ago, GTA discovered Stoppa while surfing on SoundCloud. It was his single entitled ‘1992 Dream Team,’ that grabbed GTA’s attention. The record was one of the stands out on Stoppa’s YSL mixtape. The mixtape featured a collective of songs that merged EDM and Hip Hop and not only did Stoppa write all of his rhymes on the record, he produced it as well. Pretty impressive, huh. GTA wasted no time in reaching out to Stoppa and since then, the three have been cultivating an exciting relationship in addition to, collaborating on music. However, this was just the start for notable industry veterans to notice Stoppa’s sound.

Speaking of his sound, the Houston rapper’s flagship style combines EDM elements with Hip Hop trap drums, he then laces the track with his melodious lyrics and lively vocals. Often times, switching his cadence from upbeat and fast to slow and slightly enunciated. Stoppa has been credited with being ahead of the curve and is a noted triple threat. The tongue twisting, clever emcee writes, performs and produces. Heavy into the art of storytelling, Stoppa, takes his listeners on a journey on every song. Most times, creating funny imagery similar to his rapper counterpart Lil Dicky.

Endorsed by his peers as the next artist to watch for, Stoppa has opened up for Dom Kennedy (Get Home Safely Tour, Houston), King Los (God-Money-War Tour, LA) and Curren$y (Canal Street Confidential Tour, LA). He has even performed on stage with electronic music icons Major Lazer and Diplo. In addition, Stoppa has been invited to perform at SXSW, Hustle Palooza and Atlanta’s A3C Festival just to name a few. Each time, he has left his audience wanting more.

2016 has flourished a lot of planted seeds for Stoppa. His single ‘Daily,’ was featured on HipHopDX, This50.com and RnBass amongst a bevy of other sites. Collectively he's garnered more than 216K plays on SoundCloud and his new single ‘Hype Now,’ is building up traction as his fans look forward to the release of his EP, Weed, Water, Wifi.

Stay tuned as Stoppa as soars to new heights. Follow his journey and music on social media @StoppaOnline and online at www.StoppaOnline.com.