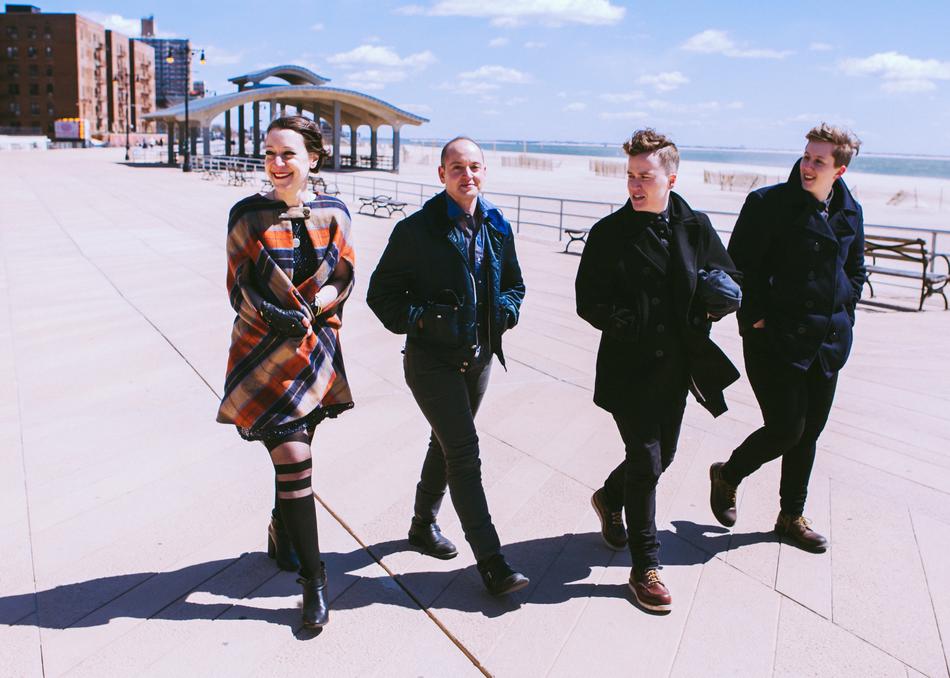 The Shondes - Everything Good

The Shondes (rhymes with “Hondas” and Yiddish for “shames” or “disgraces”) are a rock band from Brooklyn, NY, who play Bikini Kill-meets-Bruce Springsteen-style sing-along anthems.

Formed by best friends Louisa Rachel Solomon and Elijah Oberman back in 2006, they have released five albums, including 2016’s "Brighton".