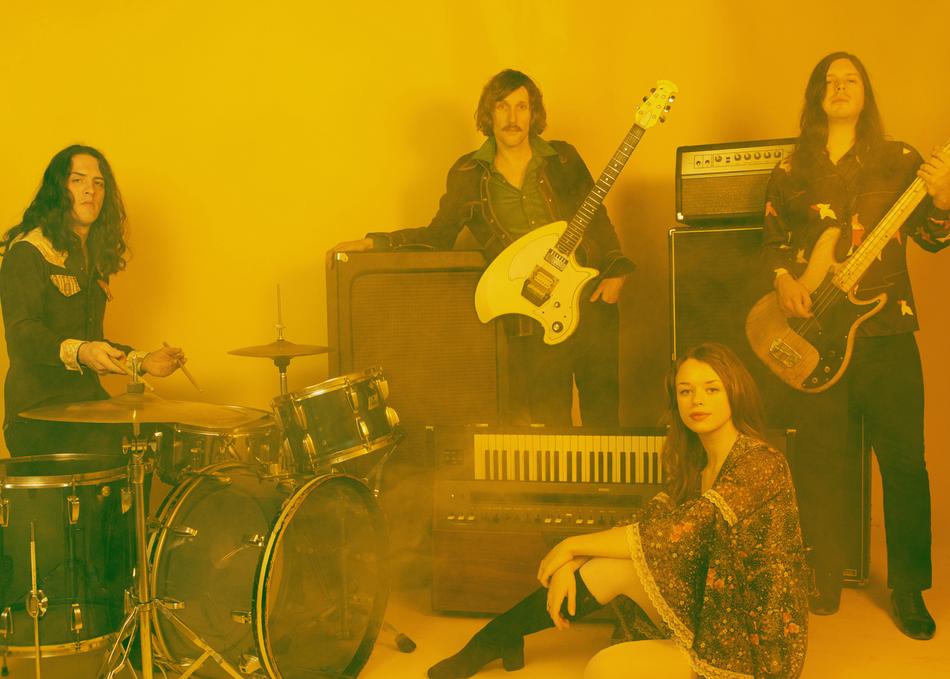 "When Matthew Melton told us he had two brand new records for us to hear, a final Warm Soda record as well as a new band with his wife Doris called Dream Machine, I must admit there was a little sadness that Warm Soda had run its course. Then I put on Dream Machine and poof, a puff of smoke and a familiar looking magician appears, beckoning for me to jump through his top hat and we’re off! The vibe makes a deft jump from Warm Soda’s terse power pop to tongue in groove swinging proto-metal a la Iron Butterfly, Deep Purple, Heart, and more than a hint of LA’s dark masters The Doors…Doris absolutely murders the organ all over this thing, along with some perfectly placed synthesiser pepper - it’s just jammed with hooks and pulsing vintage vibes but in an unassailably clever and accomplished manner. This band is going to be the background party band of the summer I can already tell, this sounds like a saturday night satanic ritual in a sunsetting Austin backyard, everyone dressed to the nines and we’re fuckin goin’ there man. If I didn’t know Melton already I would have lost my shit seeing this out in the wild - expertly played, fantastically recorded (at A = 432 hz, by the way) and just a real tasty party platter of a record here for you - it’s out on Castle Face Records May 19th." -Matt Jones