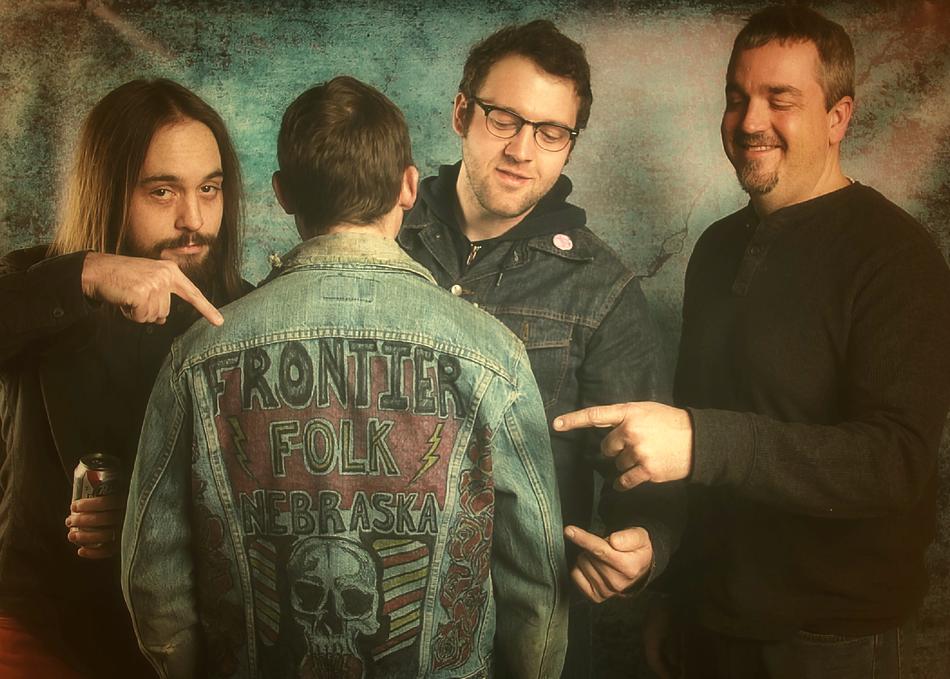 “Frontier Folk Nebraska believes in the continuing relevance of a classic-­‐era kind of alt-­‐rock that flirts with occasional messiness in order to let its organically electric sound come together without too much art-­‐think or conceptualism. Faith is put in the music’s energy as the right conduit to showcase interesting songwriting… Neither from Nebraska nor a folk group, Frontier Folk Nebraska is instead a Cincinnati band that sounds like the Replacements attacking power pop with their thrashing guitar-­‐and-­‐drum energy kept in check by their love for melody and appealing song structure.”